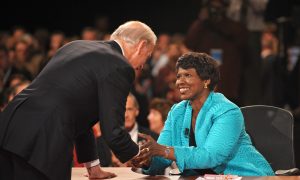 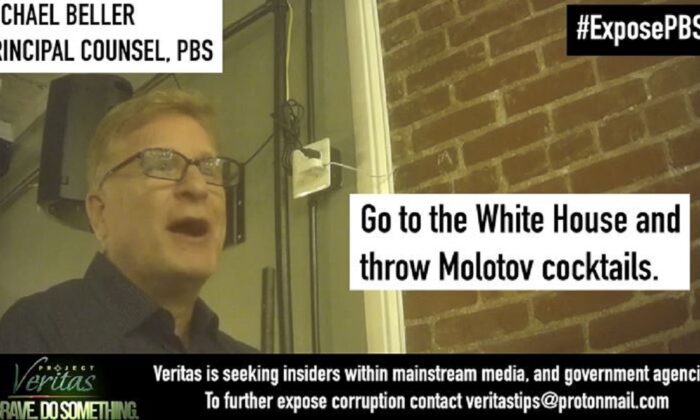 The Public Broadcasting Service (PBS) said Tuesday that a lawyer who made comments about violence is no longer employed by the broadcaster.

“This employee no longer works for PBS. As a mid-level staff attorney, he did not speak on behalf of our organization, nor did he make any editorial decisions,” the partially publicly-funded news agency said in a statement.

“There is no place for hateful rhetoric at PBS, and this individual’s views in no way reflect our values or opinions,” it added.

Michael Beller, who was listed as the principal counsel for PBS, was captured on a hidden camera calling for violence before the election.

“Even if Biden wins, we go for all the Republican voters, Homeland Security will take their children away,” he added. “And we’ll put them into re-education camps.”

The comments were made to undercover reporters with Project Veritas, a nonprofit watchdog. Video footage of the comments was published on Jan. 12.

PBS is one of the broadcasters that receives money from the federal government. It receives funding in other ways, too.

Beller’s LinkedIn identifies him as a former National Geographic vice president who has worked for PBS since 2013. It lists his job responsibilities as providing strategic and day-to-day legal and business advice, analyzing content rights information, and negotiating content production.

Beller also told Project Veritas that President Donald Trump “is close to Hitler,” the late German dictator. And he said Trump supporters would be “raising a generation of intolerant, horrible people.”

In another portion of the video, Beller alleged that Americans are “so [expletive] dumb” and expressed gratefulness for living in Washington, “where people are educated and know stuff.”

“Could you imagine if you lived in one of these other towns or states where everybody’s just … stupid?” he added. He also said that it was “great” that COVID-19 “is spiking in all the red states” because he theorized that it would lead to Trump voters not turning out on Election Day.