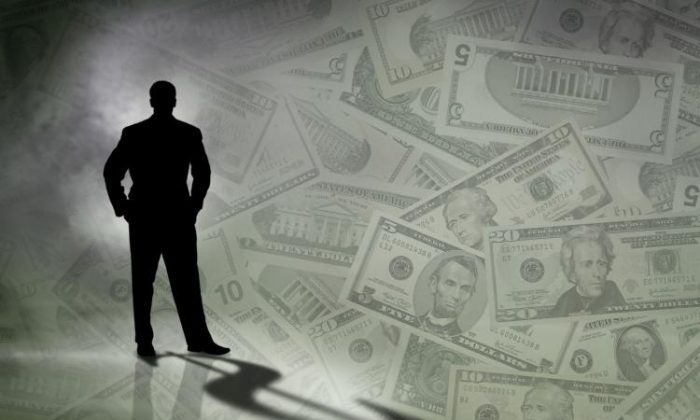 Being generous to others does not necessarily create a chain of goodwill. (Comstock Images/Photos.com)
Science

A new U.S. study has shown that greed is repaid with greed when it comes to work or money.

Participants in five experiments who were the beneficiaries of generosity did not pay it forward any more than people treated with equality. However, people who experienced greed were more likely to pay greed forward.

“The idea of paying it forward is this cascade of goodwill will turn into a utopia with everyone helping everyone,” said study lead researcher Kurt Gray at the University of North Carolina-Chapel Hill in a press release.

“Unfortunately, greed or looking out for ourselves is more powerful than true acts of generosity.”

The researchers predicted that greediness would win as negativity can influence thoughts and actions more than positivity.

“The bulk of the scientific research on this concept has focused on good behavior, and we wondered what would happen when you looked at the entire gamut of human behaviors,” Gray said.

In a money game, 100 volunteers were told someone had split $6 with them and given an envelope with $6, $3, or nothing. They were then given $6 to split into another envelope with a future recipient.

Getting a generous split did not lead to more generosity than equal treatment, but receiving nothing made people more likely to put little or nothing in the second envelope.

The same results were seen in a work experiment: 60 participants had to complete two easy games and two boring tasks. They learned that someone had already split the work with them, leaving one or two fun tasks, or two boring tasks, which they completed, and then split a further four tasks with a future recipient.

“We all like to think that being generous will influence others to treat someone nicely, but it doesn’t automatically create a chain of goodwill,” Gray concluded.

“To create chains of positive behavior, people should focus less on performing random acts of generosity and more on treating others equally—while refraining from random acts of greed.”

The article was published online in the Journal of Experimental Psychology: General on Dec. 17.