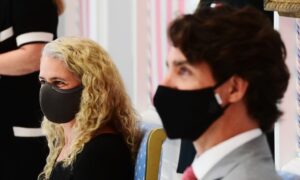 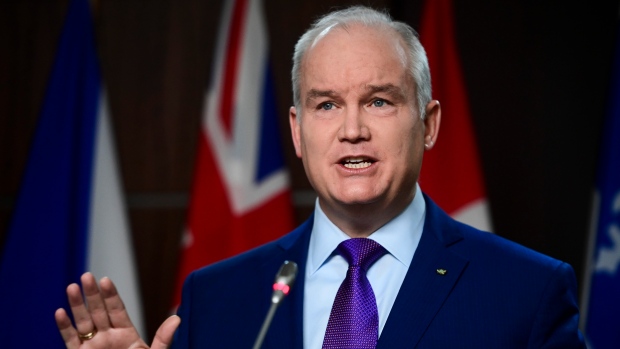 OTTAWA—The Conservatives and New Democrats demanded more details from the prime minister Monday on whether he guaranteed former governor general Julie Payette would receive the customary benefits afforded to those who’ve left the post.

Payette resigned last week ahead of the release of a report concluding she oversaw a highly toxic work environment at Rideau Hall.

Former governors general are entitled to a pension and also get a regular income paid to them for the rest of their lives, and O’Toole demanded to know Monday whether Prime Minister Justin Trudeau had raised that subject with Payette when they last spoke.

Trudeau’s decision to choose Payette, and how he managed the issues raised with her work in the years since, have sullied the office and Trudeau must be clear on the terms of her departure, he said.

If she’s getting any perks, she shouldn’t, O’Toole suggested.

“It’s not appropriate in a case where there’s a break in the in the assignment of the Governor General,” O’Toole said Monday at a news conference ahead of the return of Parliament.

The terms laying out what governors general receive upon their departure are in law, and NDP Leader Jagmeet Singh said he’d be open to amendments if that’s what is needed.

“I think that we should not be rewarding that type of behaviour when someone resigns in light of a report like that,” he said.

Both Singh and O’Toole said Trudeau must also consult with the opposition as he moves forward on Payette’s replacement.

O’Toole said given the minority Liberal government could fall at any time, Trudeau is in a conflict of interest when it comes to picking the next Governor General.

“This is a small constitutional crisis caused by Mr. Trudeau’s (office),” O’Toole said.

“He must consult the other parties to show Canadians that there’s an assurance that there’s no politicization of this important role.”

But Singh also called the issue a distraction of Trudeau’s own making from what MPs really need to be focused on: the ongoing disaster wrought by the COVID-19 pandemic.

Parliament resumed Monday after a lengthy winter break that saw the country plunge deeper into the COVID-19 pandemic even as vaccines began to roll out.

To do so, Parliament will continue to sit in a hybrid format, all parties have now agreed, that allows MPs to either appear in person or virtually to debate and pass legislation.

They’ll also be testing a new mobile application that would allow them to vote remotely using their mobile devices as opposed to using the current video-conferencing software.

O’Toole said his party will ask for an emergency debate on the rollout of COVID-19 vaccines, saying that with major delays in the delivery of the Pfizer-BioNTech vaccine—no doses are coming this week—the Liberals need to lay out what they’re doing in response.

“There are so many questions outstanding, despite the government claiming they had a plan,” he said.

Singh said his party will continue to push for more paid sick leave to ensure more of Canada’s vulnerable populations, including residents of long-term care facilities and the people who care for them, are better protected from the spread of the virus.

“That’s going to be a focus of our return to Parliament. How do we help Canadians? How do we support people in this difficult time and finally making sure everyone gets vaccinated?” he said.

On Monday, federal Finance Minister Chrystia Freeland said beating the pandemic does remain the Liberal government’s single focus, but the coming budget will be among the “most significant” in her lifetime.

The pandemic has made it clear things can’t go back to the way they were, she said, given all the vulnerabilities in society that have been exposed, and work must be done now to figure out what kind of investments need to be made, she said.

“This pandemic has been a setback for our economy,” she said as she opened pre-budget consultations.

“That’s why with our growth plan, we are committed to doing the hard work we need to do so that Canada can and will come roaring back from the COVID-19 recession.”

A date for the budget has not been set. The budget could trigger the next election, as it will result in a confidence vote.