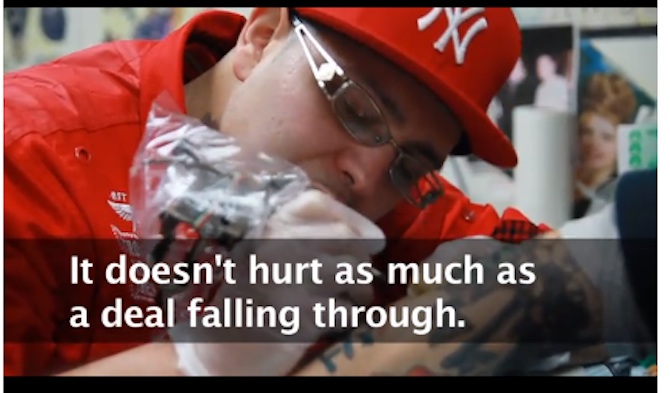 Pay raise for tattoos: A New York City real estate company has given pay raises to employees who got tattoos of the company’s logo.

Rapid Realty gave a 15-percent raise to employees who got the tattoos, reported CBS New York. The size and location of the tattoos did not matter.

“I had a paycheck coming in that was a substantial amount difference, so it was nice,” said employee Brooke Koropatnick, who got the tattoo behind her ear, CBS reported.

Rapid Realty posted a video of the tattooings on YouTube.

“I don’t see myself going anywhere, and if I have it on my arm, it’ll force me to keep going and working hard,” Brooklyn-based real estate broker Adam Altman said, according to AOL News, as he was getting the tattoo. “It’s there for life. Rapid for life, yo.”

Nearly 40 employees got the tattoos.

Rapid Realty owner Anthony Lolli said he got the idea after an employee got a tattoo of the logo, who was not doing it for the money.