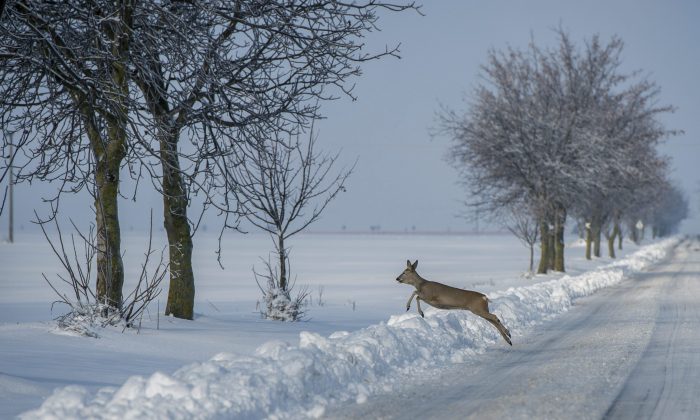 (Tamas Soki/MTI via AP)
US

Drivers in Paxton, Ill., are being warned that deer just aren’t afraid of cars and trucks.

Following 33 vehicle-and-deer collisions reported in 2015, officials decided to place a unique sign to try to make sure drivers stay alert.

Instead of the normal “Deer Crossing,” the picture of a deer leaping is accompanied by the text “Suicidal Deer.”

The yellow road sign was installed just south of the rural intersection of county roads 2250 East and 200 North in the Dogtown area.

“My nephew sent me a picture of one of these signs out in Colorado about six months ago. He texted it to me, and I thought it was really a good thing because it gets your attention,” Button Township Highway Commissioner Ron Hilligoss told the Paxton Record.

“So we had a Ford County Highway Department meeting and I said, ‘Can you get me these signs?'”

Four such signs were bought by the department for $42 each, but officials are waiting to put the other three up.

Still, the goal has been accomplished so far.

“A lot of people see it,” Hilligoss said. “If you ask anybody where a deer crossing sign is, they couldn’t tell you, but they know where that one is at.”