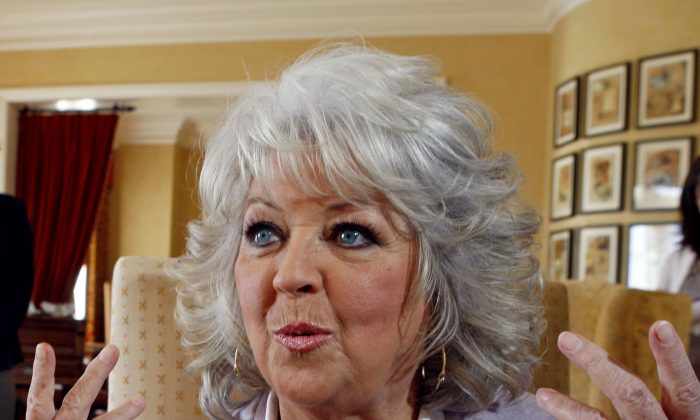 The discrimination lawsuit against Paula Deen and her brother was dismissed on August 23.

The lawsuit was dismissed after an undisclosed settlement was reached between the two sides.

She and and Deen and Deen’s brother, Earl Hiers, had mediation hearings.

The lawsuit alleged Deen racially discriminated against the plaintiff. Deen admitted to using racial slurs in the past. Deen was asked under oath if she had ever used the N-word. “Yes, of course,” Deen said, though she added, “It’s been a very long time.”

She posted videos online begging for forgiveness from fans after the news that she had been racist in the past emerged.

The lawsuit was dismissed in the U.S District Court for the Georgia Southern Division, reported WTOC.

After the lawsuit was filed Deen was dropped as spokeswoman by a range of companies, including Smithfield Foods.

The company said when it dropped her in June that  it “condemns the use of offensive and discriminatory language and behavior of any kind.”

“Therefore, we are terminating our partnership with Paula Deen.”

The Food Network also did not renew Deen’s contract.

One of Deen’s apology videos is below.