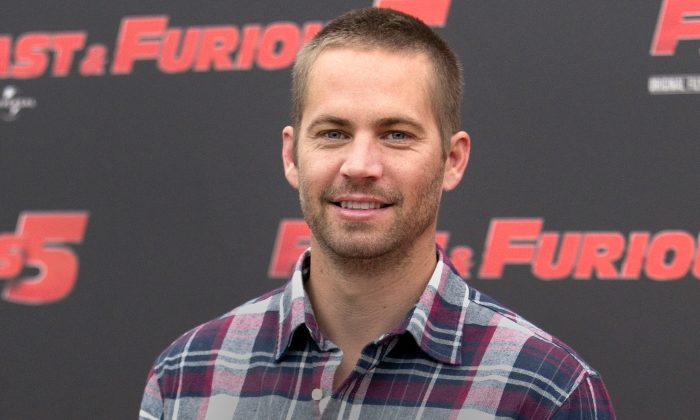 In this April 29, 2011 file photo, actor Paul Walker poses during the photo call of the movie "Fast and Furious 5," in Rome. Walker’s brothers are filling in to help finish shooting on “Fast & Furious 7.” Universal Pictures announced Tuesday, April 15, 2014, that Caleb and Cody Walker are filling in for their late brother to complete some remaining filming. Production has resumed on “Fast & Furious 7” after it was suspended following Walker’s death in late November. (AP Photo/Andrew Medichini, File)
Entertainment

Walker died during Thanksgiving weekend 2013 in a tragic car accident.

Paul Walker Sr. talked about how Meadow is doing on the anniversary of his death. “She’s doing—I hear from the grapevine—very good in school,” he told E! News. “She’s keeping busy.”

He added, “I think she’s just a little bit shy around me, grandpa. I think time is on my side and things will get better.”

Meadow on Sunday posted a tribute to her father on Instagram. “I love you,” she wrote.

Paul Sr. said that his son “didn’t like the limelight” that comes with fame, recalling his son said, “I really don’t like the business, but I can do a lot of good with the money I make.”

“He was a part of so much in my life… long personal talks with my mother or babysitting the Alpha Angel… he took a certain pride in being uncle Pablo,” Vin Diesel wrote alongside a post of Walker and Diesel’s 6-year-old daughter.

Tyrese Gibson also posted a photo of himself with Walker.

“A celebration of Paul William Walker will be echoed around the world…. In this life one would hope to be this ‘effective’ 1 year ago today God called an angel home early…. I miss my brother I miss my friend and I miss OUR STAR!!!!! Physically gone but forever alive in our minds, hearts and spirit,” he wrote on Instagram.