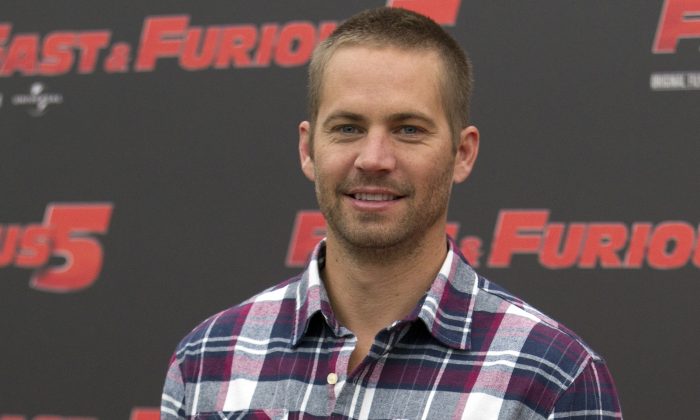 Paul Walker was featured in a photo shared by Vin Diesel recently, showing the two looking into the camera.

Walker is seen sitting down against a wall, while Diesel is standing in front of a fan. The photo appears to have been taken in a industrial site, likely for “Fast & Furious 7.”

He wrote: “To live in the hearts we leave behind, is not to die,” which is attributed to Thomas Campbell.

Another photo he shared more closely pertains to the upcoming “Fast & Furious 7.”

Diesel shared the photo on his Facebook page a few days ago. The photo shows Walker, Diesel, Tyrese, and Ludacris in suits.

Diesel didn’t offer a description of the photo and didn’t elaborate on it further.

A few weeks ago, Diesel talked about Walker’s death, according to BuzzFeed.

He said, “It’s one of the darker moments in my journey.”

“It’s a heavy thing, Michael. You know?” Diesel said. “I grew up in the bouncer world, and we lost people while we were bouncing. But the brotherhood in Paul Walker was something completely different. It was someone that we — we grew up in the business together, and we became famous together, and we represented the biggest franchise together, and he was my partner, and it’s a strange thing to — I’ve been acting all my life and they don’t teach you in acting, how to mourn someone and simultaneously pretend they’re in a scene with you.”

Walker, 40, died in a car crash last November during the Thanksgiving weekend.