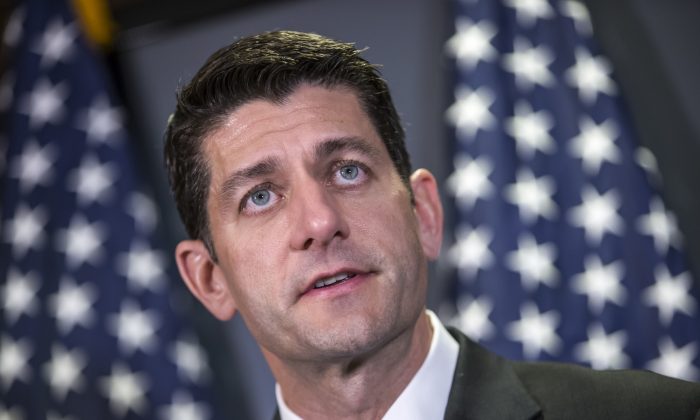 In the wake of FBI Director James Comey’s recommendation not to prosecute former Secretary of State Hillary Clinton, House Speaker Paul Ryan is pushing to strip Clinton of her access to classified government information.

Ryan, a Republican from Ohio, said Comey’s press conference “raises more questions than provides answers,” adding that the FBI director will testify in front of the House Thursday.

Drawing on his experience as Mitt Romney’s vice presidential nominee in 2012, Ryan elaborated,”After the convention, you get the full deep classified information as part of transition, as part of being a nominee.”

“We have seen nothing but stonewalling and dishonesty from Secretary Clinton on this issue and that means a lot more questions need to be answered,” he said.

In an interview with Fox News’ Megyn Kelly, Ryan asserted that both Hillary Clinton and former President Bill Clinton are “living above the law.”

“This is one of the reasons why people are so dissatisfied, so upset about government. They think that people live by a different set of rules, and the Clintons, they take the candle on this one,” Ryan told Kelly.

Sen. Tom Cotton (R–Ark.) agreed with Ryan’s assertions that Clinton shouldn’t have access to classified information during the campaign. “Based on her conduct in this private server matter, I don’t think she is fit to handle classified information, nor are the people around her,” Cotton told “Fox and Friends.”

“Unless she is elected president, in which case it’s unavoidable, I don’t think that she should be receiving classified information,” he said.

Comey, in his announcement on Tuesday, said that while the FBI didn’t have evidence that Clinton was hacked, the people she communicated with who had private email accounts had been, leading him to call Clinton “extremely careless” in her handling of emails.

“To be clear, this is not to suggest that in similar circumstances, a person who engaged in this activity would face no consequences. To the contrary, those individuals are often subject to security or administrative sanctions. But that is not what we are deciding now,” Comey said.

“The FBI’s recommendation is surprising and confusing. The fact pattern presented by Director Comey makes clear Secretary Clinton violated the law,” Chaffetz said in a statement on Wednesday. “Congress and the American people have a right to understand the depth and breadth of the FBI’s investigation.”