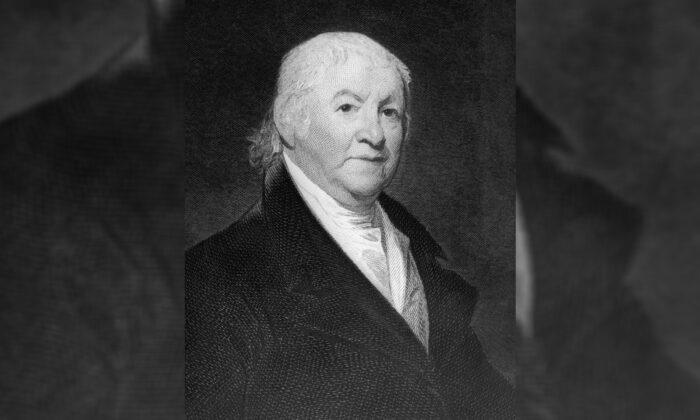 Paul Revere Family Artifacts Found in Attic Up for Auction

CANTON, Mass.—Artifacts once owned by Paul Revere’s family are up for auction.

The items were found in the attic of a home in Canton, Massachusetts, believed to have been owned by the family of the legendary Revolutionary War figure, The Boston Globe reports.

They include tools such as wrought iron calipers, letters, and other personal items. There’s also an account book belonging to Paul Revere’s descendants and a sign painted black bearing the name of Paul Revere’s son, Joseph W. Revere.

John McInnis Auctioneers in Amesbury is selling the items as a single lot in an auction that runs from Friday to Saturday. The auction house estimates the items could fetch between $1,000 and $2,000.

Owner John McInnis told the Globe that the sign is likely related to the casing company the Revere family owned in Canton, a Boston suburb.

Revere was famed for his midnight ride on April 18, 1775, in which he warned the American colonial militia that the British Army was approaching ahead of the battles of Lexington and Concord. The ride was immortalized in Henry Wadsworth Longfellow’s 1861 poem, “Paul Revere’s Ride.”

Revere was born and lived mostly in Boston. He purchased a home in Canton in 1801 and later opened the Revere Copper Company on the land, and his descendants built other operations there.