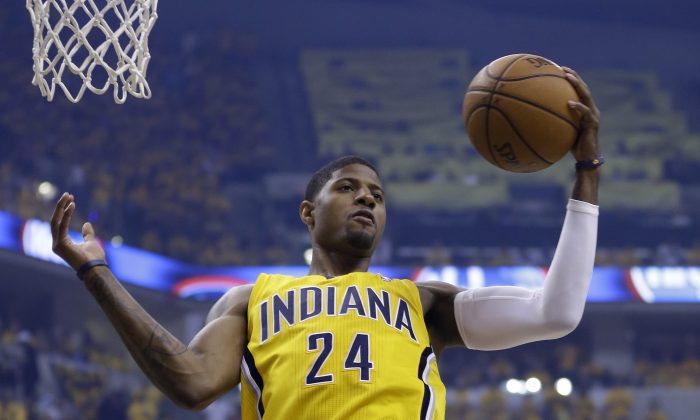 Paul George’s injury is the biggest news in this part of the offseason, and fans are wondering whether the Indiana Pacers All-Star can ever return to form.

He can, but it might take a while, according to Nick Grosso, a sports medicine surgeon and president of The Centers for Advanced Orthopaedics, one of the largest practices in the country.

Grosso told USA Today that players recovering from similar injuries in the NBA and other leagues such as the NFL typically don’t regain full confidence until their second season back.

For George, this would be three seasons from now, because he’s expected to miss the entire upcoming season.

“Adrian Peterson obviously was the exception,” Grosso said. “But I do think that unless something goes wrong in rehab, he could be the same player.”

“The injury comes from force against the bone at the wrong angle,” he said, noting that it’s a freak injury. “The worst one of these injuries, open fractures, actually was a woman who was hanging curtains and fell off a 2-foot stepladder.”

The key part of rehab is waiting six to 10 weeks for the bone to heal, and also the soft tissue around the bone. The surgery done right after the injury is to insert a rod to stablize the bone–and the rod stays in permanently in most cases unless it’s causing pain.

Overall, Grosso said that things should be fine: “These guys are so young and athletic that the bone should heal.”