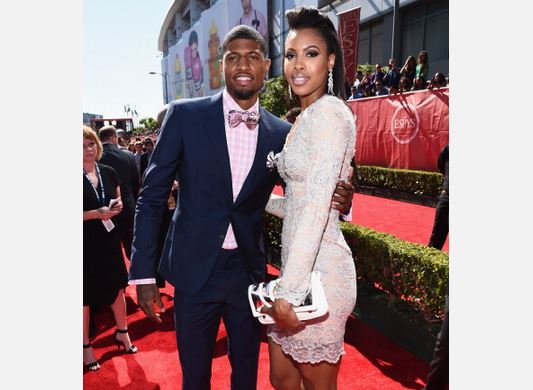 Paul George Girlfriend is Callie Rivers, According to the Latest Update (+Photo)

Paul George’s love life has long been under scrutiny, and it is even more so now that he’s the focus of more attention following his severe injury on Friday night.

There’s been lots of rumors surrounding George and woman over the past few years, perhaps none bigger then the one that he allegedly slept with the fiancee of teammate Roy Hibbert.

George has denied the rumors, calling everyone who believes them “ignorant,” and emphasizing his friendship with Hibbert.

George has also been linked to a woman from Miami named Daniela, who recently gave birth to a daughter that may be George’s.

George didn’t deny the relationship but told TMZ in a statement earlier this year: “If and when there is legal confirmation that I am the father, I will fully embrace my responsibilities. This is a personal matter that is still being sorted out, so I hope you can respect my privacy.”

And then there was rampant speculation about George and Callie Rivers, the daughter of Los Angeles Clippers coach Doc Rivers, being together.

That speculation appeared to be confirmed at the 2014 ESPY Awards, where George and Rivers appeared together and posed for pictures before attending the event.

Two Getty Images photos say that George attended the ESPYs with “girlfriend Callie Rivers.” Getty is a reputable company that can be considered a reliable source.

But the speculation will continue as it appears that neither George nor Rivers has publicly commented on any relationship.

If she is George’s girlfriend, Rivers stayed fairly silent over the severe injury that George suffered on Friday.

She did appear to address the injury on Twitter after it happened, tweeting out a picture of a Bible verse.

And neither seem to have posted pictures together on social media, despite both being frequent users of Twitter and Instagram.