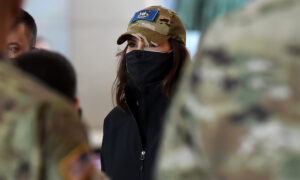 Paul Butterfield, a Michigan State Police trooper, was shot during a traffic stop in Mason County near Ludington on Monday evening. When a citizen found him four minutes later he was already dead.

Leon Hendrix reported that Butterfield was in his 40s and engaged to be married.

Tpr. Butterfield had no kids but loved his pets. A friend shared this pic with us. He was engaged to be married #MSP pic.twitter.com/XHe9XL2owo