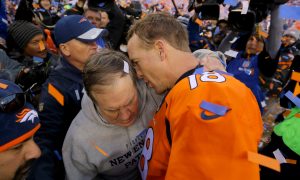 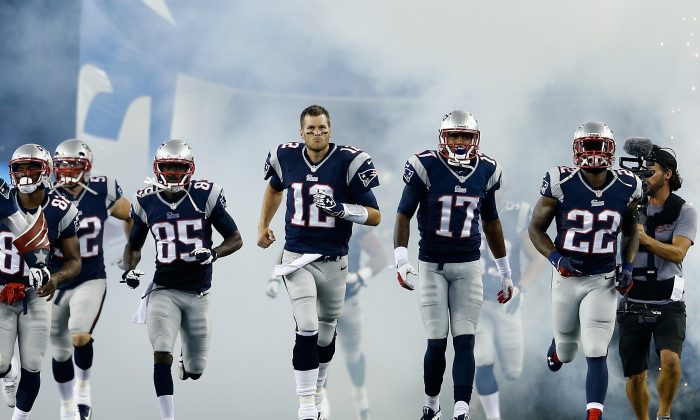 Quarterback Tom Brady is one of seven Patriots to sit out the Pro Bowl game. (Jim Rogash/Getty Images)
NFL

The NFL’s All-Star Game—also known as the Pro Bowl—will not only be without all 14 Super Bowl participant selections (as is custom), they’ll also be minus all seven New England Patriots.

They’re not alone though. In all, a record 133 players—topping the previous-high of 119 set in 2009—were named as either original selections or injury-replacements this year. In fact, Russell Wilson is the only one of the six quarterbacks still on the roster who was an original selection.

In addition, five of the six outside linebacker picks have been replaced, as well as all three free safety selections.

The high volume of absences out of the league’s biggest stars may have a trickle-down effect for the TV ratings. At the very least it’s an issue the NFL will likely take a look at after the season.

Players who get an invite already get a free trip to Hawaii to play the game, players from the winning squad receive $58,000 while the losing squad’s players earn $29,000. That’s in addition to whatever bonuses are put into players’ contracts as an incentive.

Clearly the timing of the game isn’t favorable for some players—especially those playing in the postseason. With the Pro Bowl situated a week after the AFC and NFC title games, not only does the league lose all Super Bowl participants, but players whose season ended the week before are likely on the mend—as evidenced by New England’s lack of participation.

Unfortunately for the league, playing the game the week after the Super Bowl wasn’t a great arrangement either. With the season already done, fan participation (as in TV ratings) routinely sagged, so starting in 2010, the NFL moved it two weeks earlier to its current spot and as long as it stays relevant among the fans, it’ll likely stay put.