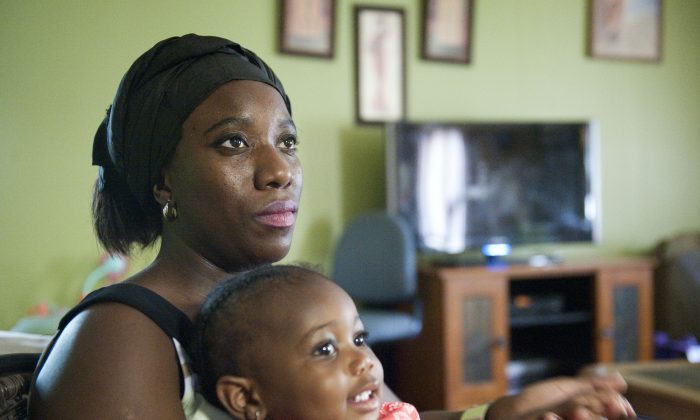 Decontee Sawyer, the widow of Ebola victim and Liberian-American government official Patrick Sawyer, says that her husband traveled from Liberia to Nigeria because he believed he could get better healthcare.

Sawyer said via Facebook that her husband didn’t trust the healthcare system in Nigeria.

“I’ve read other reports in other papers … about Patrick’s ‘recklessness,'” she wrote, reported TMZ Liberia Magazine.

“I get where they’re coming from, and they certainly have the right to feel the way they do. However, as Patrick’s widow, I would like to shed some light on this from another perspective. One that only I, his wife, would know.

“I knew Patrick better than anybody else (including himself). He had told me many times in the past how much he didn’t trust the Liberian healthcare system. He would tell me about how a person would get checked in for one thing, and get misdiagnosed and get the wrong treatment as a result. On top of that, Patrick was a clean freak, and told me how filthy a lot of the hospitals were.

“He didn’t tell me this, but I know in my heart of hearts that Patrick was determined to get to Nigeria by all means because he felt that Nigeria would be a place of refuge. He has expressed to me many times in the past that he felt passionately about helping to be a part of strengthening Liberia’s healthcare system, but he knew it wasn’t there yet, and he wouldn’t want to take a chance with his life because a lot of people depended on him… Patrick had a passion for life, and he wouldn’t have wanted his to end. So, I bet anything that he was thinking, if I could only get to Nigeria, a way more developed country than Liberia, I would be able to get some help. How ironic.”

Patrick Sawyer has faced intense criticism for his decision to travel to Nigeria. The country’s president Goodluck Jonathan described the decision as “madness” and “craziness.”

But Sawyer’s widow says that the CCTV footage from the airport that shows her husband avoiding contact with others proves that her husband didn’t set out to infect people.

She also criticized Liberian President Ellen Johnson-Sirleaf, who had criticized her husband for traveling.

“”I write today, not simply because of Patrick, but because of the broken healthcare system in the Liberia, and the government’s inability under President Ellen Johnson Sirleaf (and other past Presidents) to fix it. Good doctors, nurses, and other healthcare providers aren’t given the support they need to save lives,” she said.

“President Sirleaf went on CNN News throwing stones at Patrick, a man who can no longer defend himself, a man who worked tirelessly for Liberia. She should be ashamed of herself. I use to admire this woman, and was excited and proud of her accomplishment as the first woman President in the entire continent of Africa. She will always own that. We will always own that. It can’t be taken away from her. It’s something to be proud of. But this woman has failed her country.”

Sawyer is accused of transporting Ebola to Nigeria for the first time. He was rushed to the First Consultant Hospital Obalende, Lagos when he landed on July 24.

Sawyer had had plans in the near future to travel to Minnesota in the United States, where his wife and daughters currently reside.