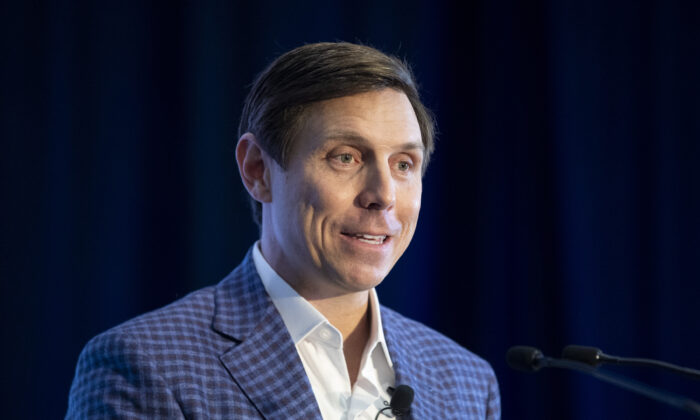 Patrick Brown announces his candidacy for the federal Conservative leadership at a rally in Brampton, Ontario, on March 13, 2022. (Chris Young/The Canadian Press)
Canada

Patrick Brown, who was recently disqualified from the federal Conservative leadership race over allegations of wrongdoing, says he will now run for re-election in the Brampton, Ont., mayoral race this fall.

Brown had previously said he would consider running for mayor again if his federal bid seemed unlikely to succeed.

He insisted Monday that entering the local race shouldn’t be seen as his backup plan.

“It’s always been about serving Brampton,” he said in a news conference outside city hall. “What I could have done for Brampton on a national level is obviously much more significant than you can do on a on a local level.

Earlier this month, the Conservatives’ leadership election organizing committee said Brown was disqualified based on allegations related to an apparent breach of the financing rules in the Canada Elections Act.

Brown has denied the allegations, and did so again Monday.

The Ontario politician is also facing trouble locally, after a majority of city councillors recently voted for a series of forensic investigations, including into how contracts were given to firms involved in an effort to bring a full university to Brampton.

Brown has said the group of councillors pushing the forensic investigations form a block that is critical of him, and the two factions have been at odds over an ongoing controversy at city hall.