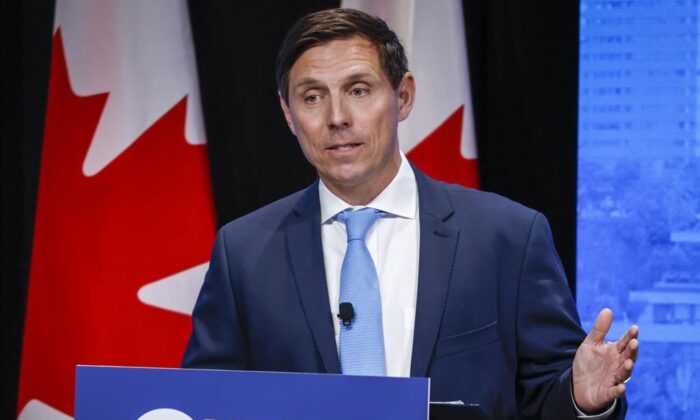 Brampton Mayor Patrick Brown responded to his disqualification from the Conservative Party leadership race on Wednesday after the committee organizing the contest put an end to his bid on July 5 on allegations that his campaign violated financial rules.

“No substance. We don’t even know what the allegation is. It’s an anonymous allegation being made. How do you respond to a phantom allegation?” Brown told CTV News on July 6.

“All we know is there’s an anonymous allegation that a corporation was paying someone who worked on my campaign.”

Brown said the Leadership Election Organizing Committee (LEOC) didn’t provide the name of the corporation or of the individual involved, otherwise his campaign could have investigated.

Ian Brodie, chair of the LEOC, wrote in a statement that the “Party became aware of serious allegations of wrongdoing by the Patrick Brown campaign that appear to violate the financial provisions of the Canada Elections Act.”

He said the Brown campaign’s response did not satisfy concerns about compliance with the race rules or the Elections Act.

Brown has sparred with fellow candidate MP Pierre Poilievre during the race, and Brown blamed Poilievre’s campaign and supporters for the disqualification.

“We know where this is coming from. It was Pierre Poilievre’s supporters on LEOC that were pushing this,” he said.

“If they wanted to have a coronation for Pierre Poilievre, I wish they just told me at the beginning. Don’t invite candidates in a race that there’s a preordained outcome the party establishment is hoping for.”

Poilievre campaign spokesperson Anthony Koch called the allegations against Brown “credible” in a statement to CTV.

“As should have been expected, in the hours since the decision, Patrick has lashed out at our campaign and the Party,” wrote Koch. “As always, when caught, Patrick tries to make himself into a victim, but ultimately the only person responsible for his disqualification is himself.”

The campaign team of former Quebec premier Jean Charest, who is also running in the leadership contest, called for transparency to understand what exactly transpired around the issue.

In recent weeks, Brown lost key players and support in his campaign.

Tory MP Michelle Rempel Garner was serving as his campaign co-chair but quit in mid-June to consider a leadership run for the United Conservative Party in Alberta.

Brown’s campaign has claimed that it has brought in 150,000 new party members.

“We felt that we were going to win it, we thought we had the memberships in the right spots,” Brown told CTV.

Party members should soon start receiving ballots to cast their votes, with the results expected to be announced Sept. 10.