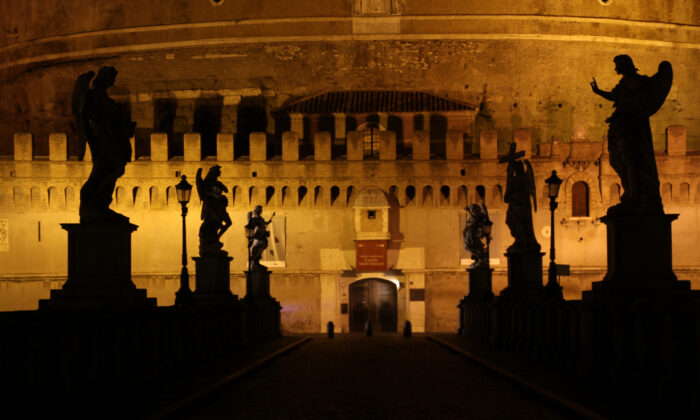 Patricians Versus Plebeians: The Realignment

When I was a kid—and the same with my parents when they were young—you could count on certain fundamentals in politics. The Chamber of Commerce represented business, and business generally favored free enterprise. Not always, but mostly.

It was also a time of class malleability, with people moving in and out and up and down. There were always gaps between rich, middle, and poor, but they were not as wide as now, and there was a healthy rotation among them.

In the last ten years, and accelerating dramatically in the last three, this has changed. Big business consolidated and centered on tech and finance. Then it became entrenched. The laptoppers educated at woke universities ported their values into the workplace, gained managerial control, and deployed HR departments as their mechanism of control. The politics of these industries followed, and now it’s the base of the Democrats.

It’s strange because I’m old enough to remember when everyone on the left defended: civil liberties, freedom of speech, the working classes, schooling, small business, the poor, public accommodations for everyone, peace, and democracy. It opposed witch hunts, segregation, class privilege, big business, war, and dictatorship. Or so it seemed.

Anyone paying a modicum of attention to modern political trends knows that this is no longer true, and that accounts for why so many on the left are disaffected (and that includes many writers at Brownstone). The evidence is everywhere (the apostasy of Noam Chomsky and Naomi Klein come to mind) but sealed by two reliably left publications: The Nation and Mother Jones. The former’s push for forever lockdowns has been relentless while the latter just launched an anti-trucker campaign against what everyone used to think were basic civil liberties. (Both sites are hard to navigate for all the pop-up ads and commercial pushes.)

All of this happened almost imperceptibly sometime after the turn of the millennium, and set the stage for the rise of Trump in all his working-class appeal. That cemented the deal. The Republicans lost the backing of the most influential sectors of economic life, and the Democrats could count on the backing of the most highly capitalized and powerful players in the whole information economy.

Which is to say the Democrats are the party of the rich. And the entrenched rich somehow found themselves on the side of lockdowns and mandates.

The Democratic Party was built by people who have for many decades pretended to be the champions of the poor, the vulnerable, the workers, the proletariat, and so on. They built huge systems to address them and serve them. Then it changed. They became the champions of closures. They shut the schools and churches, and wrecked small businesses. Their policies imposed unconscionable burdens on the very people they claimed to support.

Jacob Siegel of The Tablet comments :

“It’s not simply that the rich have gotten richer, though that’s certainly true as America’s billionaires added $2.1 trillion to their net worth during the pandemic. It’s Silicon Valley corporations with close ties to the Democratic party, like Google, that have benefited most.

“While the tech companies have few actual employees compared to older productive industries, their largesse now directly subsidizes whole sectors of the professional class economy, including journalism. Individual professionals may not have become richer during the pandemic but, unlike hundreds of thousands of American workers who lost their jobs—many of whom worked in the small businesses that were shuttered over the past two years—their employment was mostly secure.

“Perhaps it’s not surprising, then, that those professionals would instinctively internalize Covid policies that enriched their tech oligarch patrons as a personal victory and defense of their own status.”

As a result, the Democrats have massively alienated their voter base, leaving them with only strongly reliable support among elite classes.

And what of the Republicans? I can sum it up in a word: truckers. The policies of the last two years relied on them fundamentally but forgot about them otherwise. They were pushed too far, in all countries. Now they’ve said “enough.” They’re in revolt, as a proxy not only for transportation workers but the whole of the working class, including independent businesses.

Don’t forget that the number of “excess deaths” among small businesses during the pandemic in the United States was 200,000. One of the most striking facts is that 41 percent of black-owned businesses were destroyed. It really amounted to a kind of slaughter that has fundamentally shaken the whole commercial sector in the United States and all over the world. What you see on the streets of Ottawa today (also in D.C. and Jerusalem) is the result of this realignment.

It feels like class war because it is. It’s not the one Karl Marx dreamed of, where the workers and peasants rise up against the rich to demand their surplus value. It’s the rich working with the government, media, and tech to put down the demands of the less privileged in society who are calling for a restoration of simple freedom and rights.

Among the less privileged are workers, small businesses, moms pushed out of professional life during lockdowns, religious people who still have an attachment to their communities, and generally people who value their personal independence.

All this kindling was in place when the vaccination mandates finally lit the fire. Forcibly jabbing people with a medicine they don’t believe they need is a good way to alienate people forever. They might go along to keep their jobs, but they will come out on the other side more furious than ever.

That fury is boiling over around the world today. Some mayors are responding by getting rid of all controls and mandates. This happened in D.C. this week, without explanation. The real reasons likely trace to the hospitality and restaurant industry in D.C., which had been devastated by the mandates that have driven so many people to surrounding states. In addition, the large African American community in D.C. seriously resented the mandates. Among D.C. whites, 71 percent are vaccinated, but that’s true of only 56 percent of blacks. The appalling reality is that nearly half of the blacks in D.C. were banned from public accommodation under the mandates. That’s truly untenable.

We’ll likely see New York and Boston flip soon too. Meanwhile, other governments are taking the totalitarian route. Justin Trudeau in Canada has invoked emergency powers to become the would-be dictator over the whole country.

Long an admirer of China’s authoritarian one-party rule, his new dictatorship seems completely untenable, but we shall see. We thought rule by the Chinese Communist Party looked untenable in light of the masses gathered at Tiananmen Square. We know how that ended. Will Trudeau attempt a Tiananmen solution?

To top it all off, most of the country is on the verge of experiencing double-digit inflation, a policy that is utterly wrecking the poor and reducing people’s purchasing power. Despite all the promises and predictions that the worst would be over by now, the worst certainly lies ahead.

People yesterday were once again pretending to be shocked at the Producer Price Index, which saw a one-month increase of 1 percent and a 9.7 percent increase year-over-year. That can only translate to ever higher prices for the consumer.

Check out this chart on who is being hurt the most.

This might be the most portentous moment in our political lives: the commercial elite, the new patrician class, is drifting full fascist, while the plebeians (the ancient designation of commoners) are pushing for uncompromised freedom. That’s an upheaval that realigns nearly everything.

All of this should remind us that the history of liberalism (in its traditional sense meaning freedom) is a history of revolt against elites. It was a brief moment in history in the 20th century when liberal values reliably overlapped with the interests of big business—and hence why there remains such confusion today in the world over what is liberal, what is conservative, what is left, and what is right.

Lockdowns and mandates have reshuffled political alliances, it would appear. They have created a clearer demarcation than we’ve seen in our lifetimes between the Zoom-class patricians and the freedom-loving plebeians. Engaging that struggle with intelligence and clarity is what’s necessary to recapture the cultural affection for, and the political practice of, the liberty we once knew.