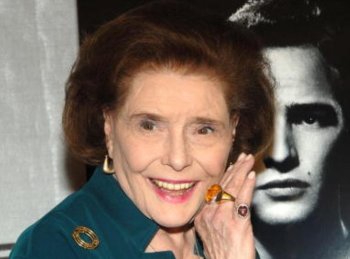 Alex Johnston
View profile
Follow
biggersmaller
Print
Patricia Neal, who won a Best Actress Oscar for her performance in the 1963 movie "Hud," died on Sunday in Edgartown, Massachusetts, reported the Los Angeles Times. She was 84.

Born in Packard, Kentucky, Neal moved to New York City, starting her career acting in theaters, and won a Tony Award for her role in "Another Part of the Forest."

She appeared in her first movie, “John Loves Mary,” in 1949 alongside Ronald Reagan. Neal next appeared in a big-screen adaptation of Ayn Rand's “The Fountainhead” in the same year.

She appeared in other notable films during the following ten years, including “The Day the Earth Stood Still,” “A Face in the Crowd,” and “Breakfast at Tiffany's.”

Soon after winning her Academy Award in 1964, she suffered from three successive strokes, and could't act for several years. She had to learn to proper speech following her illness. In 1967, she was offered a role in the Dustin Hoffman movie “The Graduate,” but said she wasn't ready yet. She managed to return to acting by 1968.

Patricia Neal was married to British novelist Roald Dahl, author of “Charlie and the Chocolate Factory” and “James and the Giant Peach,” for 30 years. The couple had five children.