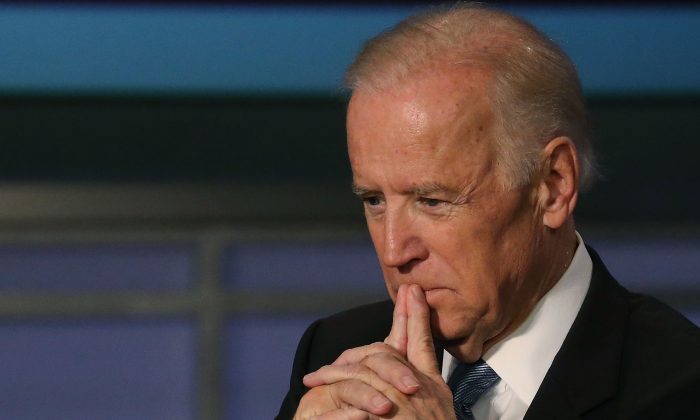 How much is a life worth?

According to Vice President Biden, who lost his son Beau to brain cancer, quite a lot. In telling the country he wouldn’t run for president, Mr. Biden pledged to push for a moonshot program to cure cancer because, he said, there’s nothing more important.

Unfortunately, a small group of doctors is trying to undermine such efforts. In JAMA Oncology, some oncologists are encouraging health insurers to adopt “value-based” pricing, in which drugs are priced based on how long they extend the average patient’s life. The physicians say an experimental, advanced-stage lung-cancer drug isn’t worth more than $7,800 because it extends average life expectancy by “only” 1.6 months.

Under the value-based approach, insurers would impose their priorities on their patients, instead of letting them choose.

While the value-based approach might sound compelling in theory, it would ultimately hurt patients and undermine Vice President Biden’s goal to find a cure for cancer.

For starters, the value-based approach belittles the importance of extra life.

Even if a medicine offers every patient only the average life expectancy gain, each patient will value that gain differently. Some terminally ill patients, faced with the prospect of physically taxing end-of-life treatment, will decline further medication. Others might want to continue treatment to maximize time left with loved ones.

Ultimately, that’s an individual choice that each patient must make. Under this value-based approach, however, insurers would impose their priorities on their patients.

There’s no such thing as an ‘average’ patient.

Secondly, there’s no such thing as an “average” patient. Patients’ responses to treatment vary due to different genes, different health histories, and simple luck. A drug that holds cancer at bay for a few weeks for most could send the disease into total remission for others. Many patients who, on paper, should be dead in months go on to live for years thanks to medicines that rank poorly on a value-based framework.

The JAMA Oncology doctors claim that a value-based framework will steer innovators to make revolutionary breakthroughs. Big, new products will be allowed to come with huge price tags, bringing big market rewards. However, those for smaller treatment improvements will be small.

This claim misunderstands the nature of drug innovation. Breakthroughs take years or even decades of improvements based on real-world patient experiences.

Take HIV/AIDS drugs. It took 30 years of small innovations such as a combination of products that worked faster and with fewer side effects. A value framework discounts not only these advances but the first HIV medicines. Measuring value in terms of average survival deliberately ignores these cumulative increases in longevity that lead to a cure.

Each successful medicine doesn’t just recoup development costs; successful drugs cover the cost of failure as well as future research. If the value framework were in place, there’d be less progress. Millions would have been denied life.

Indeed, other countries have embraced value-based frameworks with poor results. In England, Canada, and elsewhere where it’s used, people die sooner and with more pain.

President John F. Kennedy once proclaimed: “We choose to go to the moon in this decade and do the other things, not because they are easy, but because they are hard, because that goal will serve to organize and measure the best of our energies.”

Those are the values Vice President Biden embraced in his recent speech. He’s aiming for the moon in the fight against cancer. So far, an open, competitive pricing system has helped inch us closer to a true cure for this disease. How sad that doctors are now peddling a pricing framework that will undercut this progress.

Robert Goldberg is vice president of the Center for Medicine in the Public Interest.