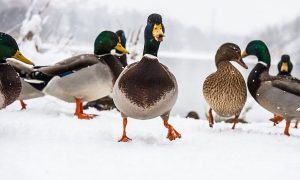 Pathogenic Politics: Is the Bird Flu Already Spreading in Asia?

Over the past four weeks, an unidentified disease has killed at least 24 people and made at least 117 others ill in China’s Sichuan province, state-controlled media has reported.

Sichuan health officials say neither H5N1, the bird flu viral variant that is thought might cause the coming pandemic, nor Severe Acute Respiratory Syndrome (SARS), is causing the deaths. They say a pig pathogen, a bacterium called Streptococcus suis, is responsible for the infections that have been reported in 75 villages and 40 townships, some in close proximity to large city centres.

However, conflicting assessments from experts have cast doubt on this claim, and have highlighted the need for transparency in China’s disease monitoring system.

Both Promedmail.org and Recombinomics.com, websites that closely track infectious diseases, suggest that a swine bacterium is an unlikely cause. They say the reported symptoms, the widespread geography of those affected, the speed the disease has spread, and the past sporadic (as opposed to “outbreak”) incidence of Streptococcus suis, all point to another, likely viral, cause.

The moderators of Promedmail.org, hosted by the International Society for Infectious Diseases, state that the symptoms as described by Chinese officials do not appear to resemble bird flu.

However, affirming the true nature of the disease is difficult because the Chinese authorities have not yet allowed any independent analysis of the Sichuan pathogen.

“The situation in Sichuan is difficult to analyze because of a lack of information,” says Dr. Henry Niman, founder and president of Recombinomics, Inc., the predictive viral change research centre that runs the Recombinomics.com web site.

This lack of information has some pondering the worst. Unconfirmed reports from China on Boxun.com (“Abundant News” in English) describe symptoms with remarkable similarities to some of those associated with the 1918 flu pandemic.

Boxun doesn’t claim to have definitive information, but rather hopes that its posts will inspire further inquiry.
Experience shows such investigation is necessary. The Chinese government’s cover up of SARS in 2002 allowed the disease to rage out of control. SARS went on to kill 800 worldwide and made 8,000 others sick. News of SARS only came to light when first-hand accounts appeared on Boxun and the Epoch Times Chinese web site.

Experts are pushing for independent isolation and identification of the Sichuan pathogen, but so far have not been able to do either.

The same closed door has been encountered in investigating recent instances of H5N1 in wild bird populations at Qinghai Lake Nature Reserve, west of Sichuan, as well as in nearby Xinjiang.

Neither the raw data nor the samples required to do a credible genetic assessment have been made available.

“As far as I know, the [Chinese] Ministry of Agriculture has not sent any samples to any international reference labs or any WHO collaborating centers,” Roy Wadia, WHO spokesman in Beijing, was quoted in UK Telegraph Group on Monday. WHO investigators have also been denied access to the Xinjiang site altogether.

Other reports suggest there could be more going on. WHO researchers in June, on their only permitted visit to the Qinghai Reserve where Chinese state media had acknowledged the death of 1000 migratory birds, found 5000 dead birds. The casualties were continuing at 20 per day.

Shortly after, Boxun.com reported 121 human deaths in nearby Gangca County, as well as a corresponding military quarantine. The claim was denied by Chinese state media. Few further details emerged on Boxun, save for a June 5 brief that the reporters who published the earlier news had been arrested.

Dr. Yi Guan, a H5N1 researcher at Hong Kong University, analyzed genetic samples from avian flu-stricken birds and published his findings in Nature on May 25. He and his American and Chinese colleagues described strong similarities between the viral genes found in wild birds in western China, and the H5N1 in affected poultry farms found earlier in southern China. They also discovered that the Qinghai geese contained “virulence genes” that had a 100 percent mortality rates in both chickens and mice.

The study further concluded that there was a “…danger that H5N1 might be carried along the birds’ winter migration routes to densely populated areas in the south Asia subcontinent, a region that seems free of this virus, and spread along migratory flyways linked to Europe.”

A day after the article was published, director general of the Chinese Ministry of Agriculture’s Veterinary Bureau, Jia Youling, criticised the findings and denied the existence of any bird flu outbreak in southern China. Four days later, the Joint Influenza Research Center, where Yi conducted the bird flu study, was ordered to immediately cease H5N1 research. State-controlled media in China reported that this was because the lab lacked “the basic conditions for biological safety,” a claim vigorously denied by the centre.

Currently, WHO places the risk assessment of a worldwide avian flu pandemic at three on a scale of six, indicating that human infections have occurred. Since the UN body must wait for official corroboration before any incident can be acknowledged, this rating could well be conservative.

Dr. Niman says the WHO might also be wary of prematurely declaring a global pandemic after its experience with SARS.
“SARS… [had] the potential to become a raging pandemic, but did not do so in 2003. Consequently there is concern about over-reacting as well as the difficulty of predicting precisely when a virus such as H5N1 will achieve efficient human-to-human transmission.”

Niman, known for sometimes speculative commentary, has analyzed an apparent pattern of new outbreaks, which in his view are radiating outwards from Qinghai Reserve, in theory a result of bird migration. Within the range of the Qinghai birds are the other China H5N1 outbreak sites, as well as a location in Mongolia where 400 sheep reportedly died of a mystery illness in early June. If the culprit there was bird flu, then the array of H5N1 animal hosts now includes domestic and wild birds, pigs and sheep.

Also within range is Novosibirsk, Russia, with over 1000 bird flu deaths in domestic fowl reported on July 26, and Jakarta, Indonesia, where three human family members died in quick succession due to H5N1 infection earlier this month. Bird flu has also resurfaced on a poultry farm near Tokyo, Japan, media reported in late June.

All this raises the question of whether the bird flu might already have turned pandemic in Asia.

On July 22, the WHO issued yet another warning that the coming avian influenza pandemic may be imminent. According to WHO figures, there have been 109 confirmed human cases of bird flu in Vietnam, Thailand, Cambodia and Indonesia resulting in 55 deaths. These figures put the death rate at a startling 50 percent.

With a lack of confirmed sources or verifiable scientific data from China, which is arguably the most significant and certainly the most disputed locality for H5N1 outbreak and mutation, outsiders can only guess at how far the disease has developed.