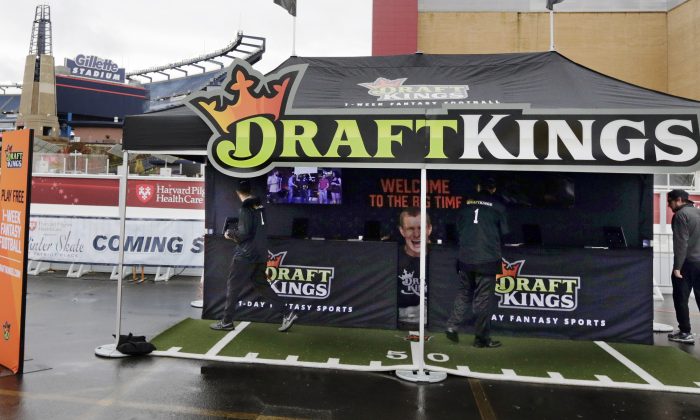 SEATTLE—The New York attorney general’s decision that daily fantasy sports betting sites FanDuel and DraftKings are illegal gambling operations in his state is a blow to the companies, but the multibillion-dollar industry could have more legal headaches yet to come.

While the sites have opted not to do business in a handful of states, including Washington, where regulators have made clear they’re not welcome, they have been up and running in a number of others — like New York — where they’re legally dubious. Several states in which the companies are operating have laws similar to New York and Washington, while a few, such as Tennessee, Arkansas and Vermont, have even stricter prohibitions.

That could pose more risk than the companies or their backers — big media companies and professional sports leagues — have let on. Federal law criminalizes gambling businesses that operate in violation of state law, with penalties that can include prison time, fines and seizure of assets.

“This creates a real vulnerability for the industry,” said Daniel Wallach, a sports and gaming lawyer in Florida. “That statute gives the government the power to take it all away. They can shut you down.”

By his count, daily fantasy sports sites have been operating on shaky legal ground in about a dozen states.

New York Attorney General Eric Schneiderman on Tuesday ordered DraftKings and FanDuel to stop accepting bets in the state. He said the companies were offering contests of chance — illegal gambling under state law — and he accused the companies of misleading customers about their chances of winning in a barrage of advertisements. The companies said Wednesday they intend to fight to remain in New York, in court if necessary.

While supporters have pointed to an exemption Congress carved out for fantasy sports in the 2006 Unlawful Internet Gambling Enforcement Act, that legislation did not override state gambling prohibitions or other federal statutes, including the Illegal Gambling Business Act. That law makes it federally illegal to run a gambling business that operates in violation of state law. Whoever conducts, finances, manages, owns or partly owns such a business can be fined or imprisoned for up to five years.

Most states have no laws that specifically address fantasy sports but do have gambling laws that might dictate whether they’re legal. Many permit betting on contests that depend more on skill than chance. Others, like New York and Washington, ban betting on games materially affected by chance, and still others prohibit betting if chance is a factor at all, no matter how minor. In Florida and Arizona, it’s illegal to wager on contests of chance or skill.

The laws often allow for state-run lotteries, with proceeds feeding budgets, and have exceptions for nonprofit groups that want to run bingo or other games as fundraisers, or for taverns trying to drum up business with low-level games such as pull-tabs. In Montana, the state lottery runs its own fantasy football contest, with customers at participating taverns allowed to bet up to $100, but the daily sites are banned.

Several states say they are reviewing the legality of daily fantasy sports or whether to regulate them, given their popularity and the vast sums at stake, and the industry says it would welcome what FanDuel’s chief executive called “sensible regulation.” Two states, Maryland and Kansas, have expressly permitted fantasy sports betting.

The companies have insisted that their contests aren’t “gambling” because their customers engage in games that require more skill than chance, and they reiterated that argument in response to Schneiderman’s decision. DraftKings said in an emailed statement that the attorney general “did not take any time to understand our business or why daily fantasy sports are clearly a game of skill.”

“Federal Law and 45 of the 50 US States allow skill based gaming,” DraftKings’ website says. “Daily fantasy sports is a skill game and is not considered gambling.”

But in a number of states where the sites are operating that distinction is arguably incorrect or irrelevant. Tennessee, for example, bars “risking anything of value for profit” when the outcome is “to any degree contingent on chance.” Florida bans wagering on games of skill or chance, and a 1991 attorney general’s opinion concluded that fantasy sports betting was prohibited.

Chance is obviously a significant factor in sports, determining whether a player gets injured or has a bad day, whether referees miss an important call that affects players’ stats or simply how the ball bounces. Thus, many argue, it’s also a factor in fantasy sports — especially daily fantasy sports, where outcomes are determined over the course of a single day rather than allowing a contestant to strategize over the course of a season.

DraftKings and FanDuel are not operating in Arizona, Iowa, Louisiana, Montana, Nevada or Washington. In Washington, the gambling commission specifically concluded that fantasy sports wagering — whether as a casual, season-long endeavor among friends or as a daily, high-stakes bet placed online — is illegal because the outcome is materially affected by chance.

A spokeswoman, Susan Newer, said that was so obvious that the commission never even had to meet to discuss it. “We all just sort of knew,” she said.

Lawmakers around the country expect the fantasy sports industry to make a push for clear legalization. In Florida two state lawmakers said this week they had filed legislation to exempt fantasy sports from the state’s gambling laws. But in Washington, Sen. Pam Roach said it’s probably going to be years before any such effort might have a chance. Roach has proposed legalizing casual, season-long fantasy leagues, not daily online betting.

“We need to put some sideboards around this,” she said. “My bill is to keep the little guy from doing something illegal.”