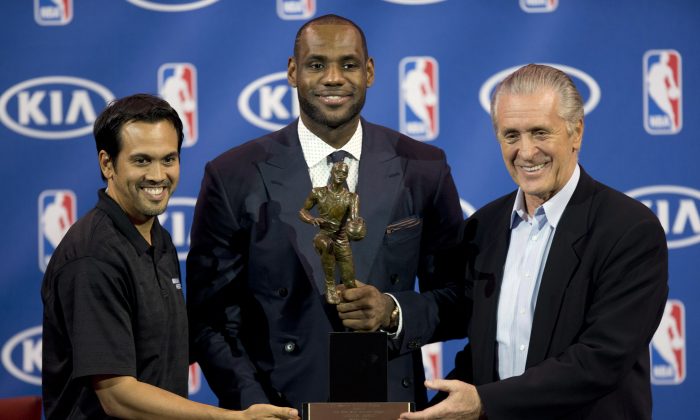 Pat Riley, the Miami Heat’s famed president, said in a new interview that he’s surprised LeBron James left the team during the offseason to go back home.

Riley told Bleacher Report that it’s interesting that back in the day, generational teams were able to stay together to build dynasties, but that those are becoming more and more rare.

“That was almost shocking to me that the players would allow that to happen. And I’m not just saying LeBron. I mean, the players, themselves, would allow them to get to a state where a guy would want to go home or whatever it is,” he said.

James won two championships with the Heat, which made the NBA finals for the four seasons that he was in Miami.

After James left, Miami quickly focused on bringing back Chris Bosh and surrounding him and Dwyane Wade with veteran players as opposed to purposefully sinking to get into the lottery.