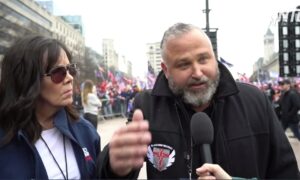 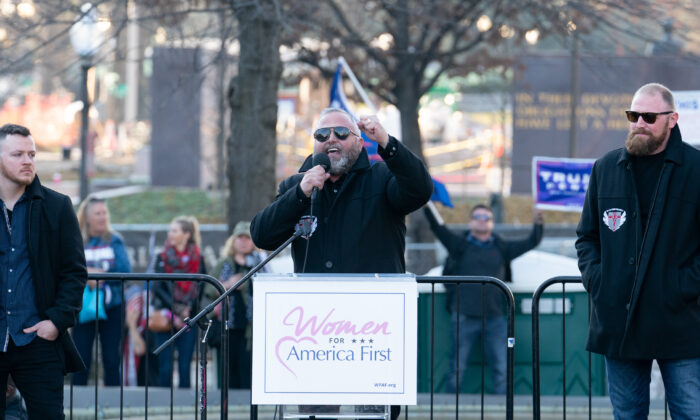 Pastor Brian Gibson, who has been a target of cancel culture for resisting draconian lockdown measures as well as for exercising his First Amendment rights, has received hundreds of death threats. He and his family have experienced various forms of harassment.

“Just for being a vocal proponent of the First Amendment, just for being someone that supported President Trump, and someone that spoke out actively, I received close to 1,500 death threats. People broke into my house, kicked my gate down, hacked all of our accounts,” Gibson said on EpochTV’s “Crossroads” program.

“It’s amazing what they can do and how coordinated some of these intimidation rings can really be. I think I underestimated what that would really be until it happened to me.”

Gibson and his family were threatened on social media and received intimidating phone calls or mail. It affected his three kids, aged 9 to 15, the pastor said.

“My kids … weren’t able to go home for over a month. And then … we had to sell that home and relocate.”

Gibson took his family to a rather isolated place in the Rocky Mountains to get away, but they were found, even there, and intimidated while spending time in a park.

“I didn’t know if they were going to try to kill me,” Gibson said. “So I went into a convenience store, sent my kids out the back through woods to where we were staying, and I went around the other side of a building—flanked this guy and found out what he was doing there [and] confronted the man.”

Gibson has multiple churches in Texas and Kentucky. Through his organization Peaceably Gather, he has helped churches to reopen when pandemic-related lockdowns were imposed across the country.

When lockdowns due to the pandemic caused by the CCP (Chinese Communist Party) virus were in effect, Gibson’s church in Kentucky ran a drive-thru Easter egg giveaway for kids. The Health Department told the pastor that his church would be shut down if he continued to pass out eggs.

There were “less than 10 people working, gloved and masked, giving an egg to a kid in the name of Jesus,” Gibson said, yet the health department had concerns about it.

“It blew a fuse in me. I called all the local media [and] told them: ‘I’m going to defy the governor’s orders. Here’s when I want to do it, here’s how I’m going to do it. Have them come arrest me.’ And I was looking to get arrested for Jesus.”

He then started Peaceably Gather and rallied pastors. “I think the hand of God was guiding me. God called me for that time. And over the course of the next three weeks, 5,000 churches opened up with us.”

On Jan. 5, the day before the U.S. Capitol breach, Gibson gave a speech at Freedom Plaza in Washington.

“The only thing I did on the fifth is, I preached the gospel of Jesus Christ of Nazareth in Freedom Plaza, telling people about his death, burial, resurrection, telling people they could be forgiven of their sins, and also standing up and speaking for the First Amendment,” he said.

About six months earlier when speaking out in Arizona, Gibson had taken a selfie with a man who stood out in the crowd because he was wearing a large, horned fur hat.

“I take a pic with him, post it up on my Instagram, [saying], ‘This guy’s got the craziest outfit in Arizona today,’” he said.

It turned out that the man in the picture became one of the people who entered the Capitol building during the breach on Jan. 6 and was later arrested.

Media used the picture to try to frame the pastor, saying that he was “one of the masterminds of the Capitol siege,” according to Gibson.

“I wasn’t in the Capitol, but I think what they do when they create these hit pieces, they’re trying to build a narrative against you, build a case against you: No. 1, with the public, and No. 2, they want a legal case against you,” he said.

“The mainstream media works to try to spin the narrative, and to spin public opinion before they’ll ever file charges on somebody.”

Do Not Be Afraid

“In America, especially in the West, a lot of the churches bought into that the blessing of God will make sure there’s no problems in your life,” Gibson said. “I preach that [God will bless you]—I believe that 100 percent—but he also promised people persecution.

“In America, we’ve become so comfortable. We don’t want to give up any of our comforts for real truth and real conviction anymore. And that’s why the church remained silent during the lockdowns. So that’s why so many pastors didn’t speak up and push back.”

People don’t want to speak up against critical race theory or on other issues because they don’t want to be labeled a racist, Gibson said.

“Stand up for what you believe in. Don’t be afraid. Continue to love your enemies, but stand your ground. I think that’s really what we need in America,” he said.

Gibson advises people, especially Christians, to look at the current situation and issues such as cancel culture from a broader perspective.

“Stop being afraid of what somebody might do to you. … The high cost of living is potentially dying,” Gibson said. “I don’t want to die. Don’t get me wrong, I don’t have a martyr’s complex, I want to live a long life, be an old man, see all of my kids’ kids.

“But if someone has such a grip of fear around you, [that] you can’t live or be who you are, what good is living anyway? So I really think it’s time for people to not be afraid.”

Pope John Paul II, during his inauguration ceremony in 1978, said, “Do not be afraid.”

Historians agree that the pope’s words informed by his faith uplifted people’s spirits and inspired people to stand up to communist oppression leading to the fall of communism in Eastern Europe.

Dr. Lee Edwards, a leading historian at The Heritage Foundation, wrote for the conservative think tank about John Paul II, “The pope spoke firmly for freedom and against tyranny, taking as his text Christ’s words, ‘Be not afraid.’”