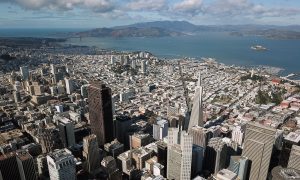 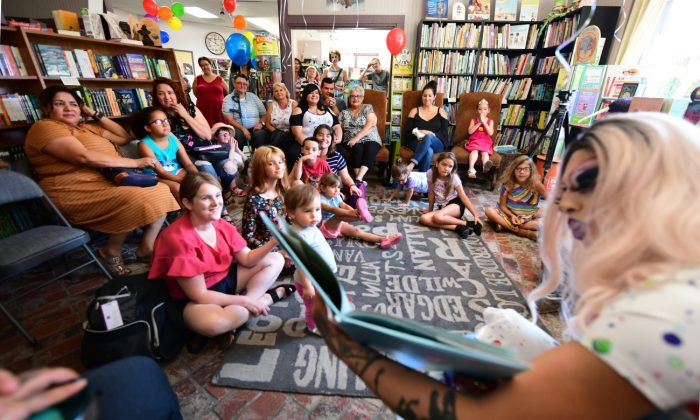 A drag queen reads to adults and children in Riverside, Calif., on June 22, 2019. (Frederic J. Brown/AFP/Getty Images)
US News

A pastor from Spokane, Washington, is contesting his arrest outside a library that was hosting a drag queen story hour.

Afshin Yaghtin is a Baptist pastor who runs the New Covenant Baptist Church in Spokane. He attempted to attend a drag queen story hour at Spokane Public Library on June 15, on the weekend of Father’s Day.

The library was hosting the open-to-the-public event, which primarily focused on children to expose them to drag. The event sparked controversy and debate in the weeks prior, leading to crowds of activists showing up at the library on the day of the event to voice their opinions.

When Yaghtin arrived at the library, police were working on crowd control and had already separated the crowd of people.

According to reports, 40 police officers were present at the library, working to divide the protesters from the supporters. The two groups stood on opposite sides of the street, KREM reported.

Videos of the incident show that Yaghtin interacted with police multiple times, expressing his beliefs to the police, before being arrested on the charge of obstruction. After being forced to sit in a police patrol car for the duration of the event, he was released shortly afterward.

The Pacific Justice Institute is defending Yaghtin. Its president, Brad Dacus, said that Yaghtin is currently free but is seeking legal action because of the City of Spokane’s treatment of him during the library event.

The main argument in this case is over freedom of religion and speech, which are protected under the First Amendment.

“When the government sponsors a public event and the public is, in fact, invited, the government cannot exclude people from being present simply and solely because of their religious faith. That is overt state hostility to religion and an egregious violation of the free exercise rights of every American,” said Dacus.

The City of Spokane argued that they were worried Yaghtin would cause issues and disruption in the library due to the pastor’s differing views regarding the topic of the event. The city also stated that Yaghtin’s religious beliefs were not related to his arrest.

Dacus said that Yaghtin was at the library to observe the event and pray for the people attending, not to cause a disruption.

PJI is arguing Yaghtin’s religious views were the reason for his arrest. The City of Spokane’s worry about Yaghtin possibly causing a disruption stemmed from the fact that the pastor is of religious faith and was not supportive of the drag queen event.

Dacus said that the reason this case is “so outrageous” is that Yaghtin was arrested at a public event for expressing his personal beliefs and was denied entry to the library due to his support for the protesters.

Jorge Ramos, PJI’s full-time attorney based in Seattle, stated in an email to the press: “The City is doubling down on its justification in hosting what for all intents and purposes was a state-run drag queen story hour. Regardless of your views, the City should refrain from making prior restraints on speech.”

PJI attorneys expressed that they hope the City of Spokane will correct its decision to arrest Yaghtin and uphold the rights to freedom of religion and speech.

Drag queen story hours are a recent innovation that have started appearing in libraries around the country. The American Library Association supports the events by providing resources.