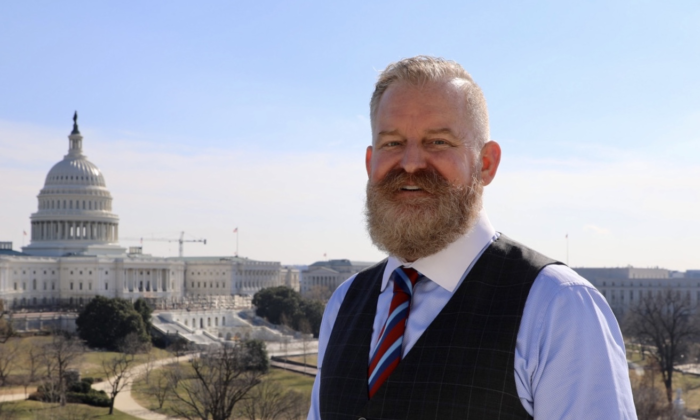 Christian Pastor James Domen alleges video-sharing platform Vimeo censored his non-profit for sharing videos, one of which was about how he left homosexuality. Domen is trying to get his case heard by the Supreme Court because he believes he should have the right to speak openly without being “eliminated” from public discourse.

“And you know what, if you disagree, that’s okay, disagree, but you don’t have to eliminate me. If somebody doesn’t like the content, don’t listen to it,” Pastor Domen told NTD Capitol Report host, Steve Lance, during a Feb. 8 interview.

“It’s not only Big Tech, it’s a monopoly of the few companies that, it’s almost like they’re a bot telling people ‘this is where how you have to believe, if you don’t agree with what we believe we eliminate you,’” Domen added.

Domen filed a case against Vimeo in California’s United States Court of Appeals for the Second Circuit in 2021 in which the judge ruled in favor of Vimeo. He is now trying to take his case to the Supreme Court.

“We’re hopeful the court will see the injustice, the discrimination done to me as a former homosexual,” said Domen at a Feb. 7 press conference.

Domen’s case is another example of how Big Tech is protected from accountability because of  Section 230, which makes the media platforms immune from freedom of speech requirements that regulate newspapers and TV news.

In 2016, Domen founded Church United, a non-profit that helps pastors network and navigate government and culture. The group had three years’ worth of content on Vimeo.

“I shared my testimony of coming to Christ, sharing how I changed from homosexual to heterosexual, and more or less told my story. Vimeo reached out to me and said: you’re in violation of our terms, we’re going to terminate your account, delete your videos,” said Domen. “But we’re not just going to target you because of your sexual orientation. We’re going to wipe out 89 videos, three years of our nonprofit work of pastors sharing their stories.”

The Epoch Times reached out to Vimeo for comment about why they took down Pastor Domen’s videos. Vimeo did not respond, but part of their user agreement states that content that is “harassing or abusive; hateful or discriminatory speech; promotes or supports terror or hate groups” is not allowed.

In the summary of Domen’s case, the appeals judge concluded that “CDA Section 230(c)(2) immunizes Vimeo from this  lawsuit, and the district court properly dismissed Appellants’ claims.”

Section 230 of the Communications Decency Act shields internet companies from liability for the good faith removal of “objectionable” content. On the campaign trail in 2019, then-candidate Joe Biden told The New York Times that Section 230 should be repealed.

“The idea that it’s a tech company is that Section 230 should be revoked, immediately should be revoked, number one. For Zuckerberg and other platforms,” Biden told the NY Times editorial board on Dec. 16, 2019. “It should be revoked because it is not merely an internet company. It is propagating falsehoods they know to be false.”

Lawmakers in the U.S. House and Senate have also introduced bills to curb Big Tech’s power but Section 230 remains in place.