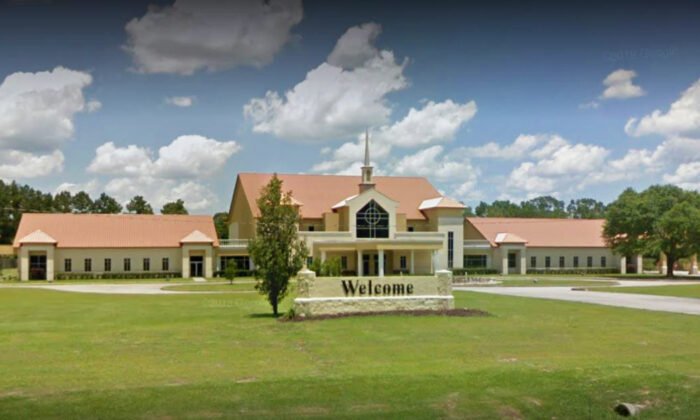 Remember the Louisiana pastor who defied the governor’s order not to hold gatherings larger than 50 people?

He held services again on Sunday, and he plans to do so yet again on Tuesday night.

On Sunday, Pastor Tony Spell said, his Life Tabernacle Church in Baton Rouge drew about 1,000 people to its services, in part by busing people in from across five parishes.

On Tuesday evening, the pastor plans to hold services again, despite the governor’s stay-at-home orders, a petition seeking his arrest and a flood of criticism from fellow Christians.

“If they close every door in this city, then I will close my doors,” Spell told CNN on Tuesday. “But you can’t say the retailers are essential but the church is not. That is a persecution of the faith.”

Spell has told CNN he believes the pandemic is “politically motivated.”

Chief Roger Corcoran of the Central Police Department in Baton Rouge told CNN that the “matter is under investigation.”

Corcoran also disputed Spell’s claim last week that the police department told the pastor that the National Guard would be brought in to disperse the church assembly.

“That was never told to the pastor by my officer,” Corcoran said.

Spell stands by his account. A spokesman for the Louisiana National Guard said they have not been tasked with breaking up large gatherings.

The Pastor Says He’s Heard From The White House

As the CCP virus spreads across the world, nearly every faith group has closed its holy sites and houses of worship. But there remain a defiant few pastors and religious leaders who refuse to close their doors, accusing the government of overreach and imposing on their religious freedom.

On Sunday, Edwards went even further, asking residents statewide to only leave home for essential needs like shopping for food, going to the pharmacy or caring for a family member.

Louisiana has the fastest growth rate of virus cases in the world, Edwards said during a news conference on Sunday, citing a University of Louisiana Lafayette study.

The governor’s office did not respond to repeated requests from CNN for comment about Spell’s church services. On Sunday, Edwards told CNN affiliate WVLA that he would “would urge that faith leaders and all faith leaders to heed this directive and not necessarily engage in mass gatherings where this coronavirus can spread.”

For his part, Spell said he is following social distancing guidelines, including instructions from Washington. The pastor said someone from the White House—he declined to say who—called him last week.

The official, according to Spell, asked him to hold services outside, make his congregation stand six feet apart and prevent non-family members from touching.

According to the Washington Post, Spell spoke with Tony Perkins, president of the Family Research Council and a member of President Trump’s informal body of evangelical advisers. A spokesman for Perkins said the conversation took place but that Perkins was not immediately available for comment.

In a statement, the White House said, “During this public health crisis, the Trump Administration has been extremely proactive in reaching out to leaders from the faith community, hosting several calls last week with more than 1,200 inter-faith leaders.

“The White House has strongly recommended that all Americans, including pastors, follow CDC guidelines by limiting groups to 10 people and practicing social distancing. President Trump encourages Americans of all religious backgrounds to do their part to stay healthy and stop the spread.”

A video of the Sunday service, posted on Spell’s Facebook page, shows his congregation singing, praying, touching and otherwise worshiping in close proximity, mostly under a tent. The 1,000 congregants were spread across the church’s seven buildings, Spell said.

The pastor said he’s heard a flood of criticism from fellow Christians urging him to close his doors. Many, Spell said, cite Romans 13, the passage in which the Apostle Paul urges Christians to submit to “governing authorities.” Others ask him to consider the greater good.

On Monday, the influential evangelical magazine Christianity Today published an editorial asking pastors and church leaders to consider the consequences of their actions.

“We are being asked temporarily to convene remotely, not to deny our faith or to cease worshiping God,” said the editorial, which was co-written with Walter Kim, president of the National Association of Evangelicals.

“It is one thing to risk your own life in order to worship together in person,” the editorial continued, “it is quite another to risk the lives of countless others, when so many churches are finding creative and compelling ways to carry on in worship and community from a distance.”

An online petition from “The People of Greater Baton Rouge” asks that Edwards be arrested and charged with reckless endangerment.

The pastor told CNN that people been cured of HIV-AIDS and cancer at his worship services, which feature faith-healing, speaking in tongues, and other spiritual hallmarks of Pentecostalism.

Asked what he would do if a member of his congregation contracted coronavirus, Spell shifted the blame.

“Did they contract it at Walmart or Target?” he asked. “They have more people in their parking lot than we get here in a week.”