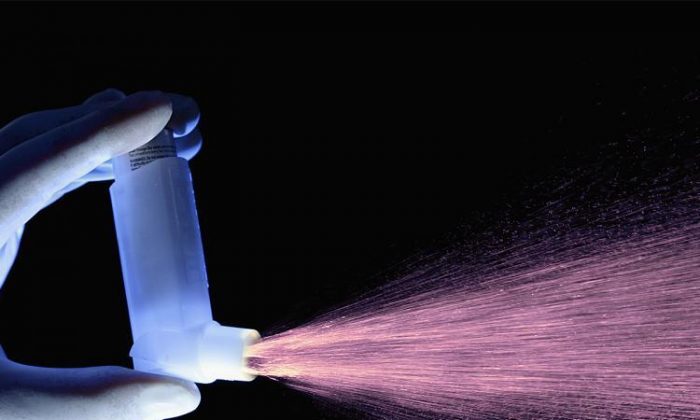 Children are at an increased risk of developing asthma if their fathers were exposed to second-hand smoke as children, a study by researchers from Australia’s University of Melbourne has found.

Published on Thursday in the European Respiratory Journal, the study also demonstrated that a child’s asthma risk increases further if their father became a smoker after being exposed to passive smoke as a child.

According to the researchers, these findings highlight the damage smoking can do not just to smokers and their children but even to their grandchildren.

Based on data from the Tasmanian Longitudinal Health Study (TAHS), which began in 1968 and observed 1,689 children, their fathers, and their paternal grandparents, researchers compared data on whether children had developed asthma by age seven with data on whether their fathers had grown up with parents who smoked.

In addition, whether the fathers were current or former smokers was also considered.

“We found that the risk of non-allergic asthma in children increases by 59 percent if their fathers were exposed to second-hand smoke in childhood, compared to children whose fathers were not exposed, researcher Jiacheng Liu said in a University of Melbourne release on Thursday.

“The risk was even higher, at 72 per cent, if the fathers were exposed to second-hand smoke and went on to smoke themselves.”

Fellow researcher Dr. Dinh Bui told The Epoch Times on Monday this suggests that when children were also directly exposed to passive smoke from their fathers smoking at home, this additional direct exposure compounded the adverse impact of the epigenetic passing.

“In other words, direct exposure in offspring modified the association between passive exposure in fathers and offspring asthma,” he said, adding that men exposed to second-hand smoke as children can still lower the asthma risk they pass on to their children if they avoid smoking.

While researchers aren’t certain how the damage caused by passive smoking is passed on to future generations, Prof. Shyamali Dharmage, who led the TAHS, said they suspect it is associated with epigenetic changes.

“This is where factors in our environment, such as tobacco smoke, interact with our genes to modify their expression. These changes can be inherited but may be partially reversible for each generation,” he said.

Although epigenetic changes do not change DNA sequences, they can change how the body reads a DNA sequence.

“It’s possible that tobacco smoke is creating epigenetic changes in the cells that will go on to produce sperm when boys grow up. These changes can then be passed on to their children,” Dharmage explained.

The next step for researchers is to determine whether the increased risk for asthma persists into adult life and whether fathers who were exposed to second-hand smoke during their childhood pass on a heightened risk for allergies or other lung diseases to their children.