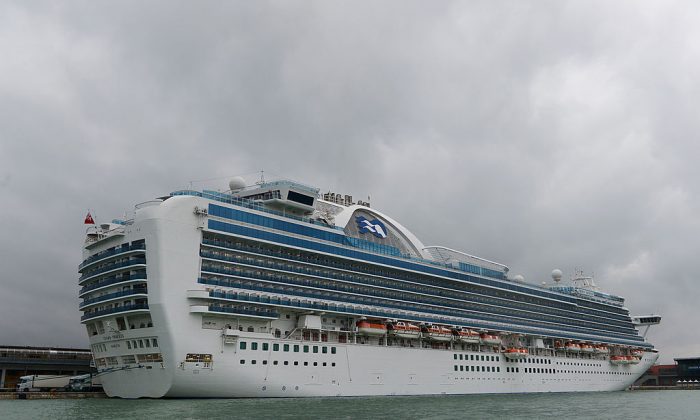 Police have released few details regarding a domestic dispute that took place aboard a cruise ship. A 39-year-old woman from Utah was killed but police have not said by who. At the time of the crime 4,500 people were aboard the cruise ship.

The crime happened aboard a Princess Cruises ship headed to Alaska. The Emerald Princess left Seattle on July 23 for a weeklong cruise. The ship docked in Alaska on Wednesday. Investigators kept passengers and crew aboard the ship as they went about their investigation, making some passengers restless. They had to wait eight hours off the waters of Juneau, the Alaskan capital. The ship was originally scheduled to dock in the southeastern town of Skagway.

Officials have not stated who accompanied the woman on the cruise, but an ABC report indicates groups of people were led off of the ship by authorities wearing hooded sweatshirts and shielding their faces.

Fox 13 reported that passengers heard two men and a woman fighting, and that one of the men tried to jump off the ship before security caught him. Megan Morr, a passenger on the ship at the time, told Fox 13, “People were running through the hall with blood all over them.” She also recounted what the ship announced to passengers, “Unfortunately last night a 39-year-old Utah woman was killed by her husband. The FBI will be joining the ship within an hour.”

When tried to contact for further comment, Morr said that she just wanted to enjoy the rest of her vacation and catch up on her sleep. The cruise ship is continuing its journey along the Alaskan coast.