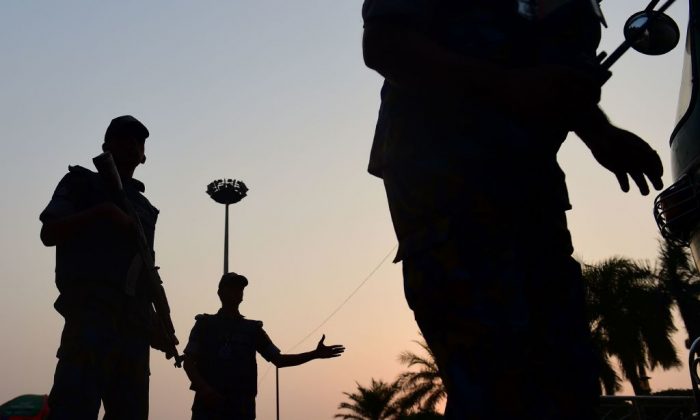 Passenger Tied up After Stripping Naked on Airplane

A passenger on a flight that left Malaysia stripped naked and started watching pornography on his laptop computer, according to reports.

Photographs published by The Daily Mail showed several pictures taken by fellow passengers of the man in his seat watching the adult entertainment.

The Star reported that the student from a university in Cyberjaya also allegedly urinated on his seat.

A crew member came over and asked the man to put his clothes back on and he listened.

But a short time later, the man tried to hug a female crew member while on his way to the toilet.

The 20-year-old then made another attempt to hug a different stewardess.

The cabin crew tried to get him to calm down but he instead became even more aggressive and attacked a crew member.

That’s when crew members and some passengers apprehended the man and tied him up.

Bangladeshi passenger arrested after reportedly stripping naked and attacking a stewardess during a flight from Malaysia https://t.co/6mBOfhOhV3

The group used a piece of cloth to tie the man’s hands behind him.

There was no indication as to why the man began acting strangely on the flight.

The man was thrown in jail after the plane landed in Dhaka on Saturday, March 3.

“The crew on board has followed the standard operating procedure in restraining the passenger from causing further disruption onboard the flight,” said a Malindo Air spokesperson.

“The disruptive passenger was accompanied by Dhaka security team upon arrival and he has been put to jail by the authorities there.”

Malindo Air said it would try to make sure such an incident wouldn’t happen again.

“The airline will continue to stay vigilant to ensure passengers travel soundly,” the airline said.