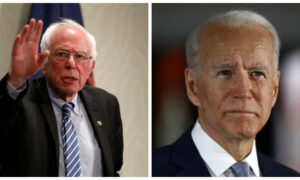 A passenger who was loudly complaining about sitting next to a mother and her young baby was thrown off of a Delta flight, Dailymail reported.

Marissa Rundell, 19, was on the flight with her young son Mason, eight months old.

A woman, who has not been identified, sat down beside her and immediately began complaining.

“She came to the back and slammed her bags down. She said ‘this is [expltive] ridiculous. It’s [expletive] having to sit in the back of the plane,'” Rundell told The Daily Mail.

Rundell said she politely asked the woman not to curse around her son but the woman ignored her and kept complaining.

A flight attendant came over to see what was wrong, which is when, according to Rundell, the woman began complaining about her seat including her proximity to a baby.

“She brought up having to sit next to a crying baby (he wasn’t crying or fussing at all),” Rundell said.

The attendant offered to give her a seat on the next flight but the increasingly irate woman then threatened to get the attendant fired.

That’s when the attendant ordered her off the plane.

After being removed, the woman came back 10 minutes later to retrieve her things and said that Delta “would regret” kicking her off.

Rundell posted a video of the incident on her Facebook page.

She said that she was impressed with how Delta handled the incident.

Delta didn’t respond to a request for comment from The Mail and has not commented on the incident.