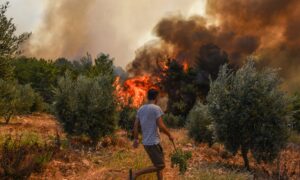 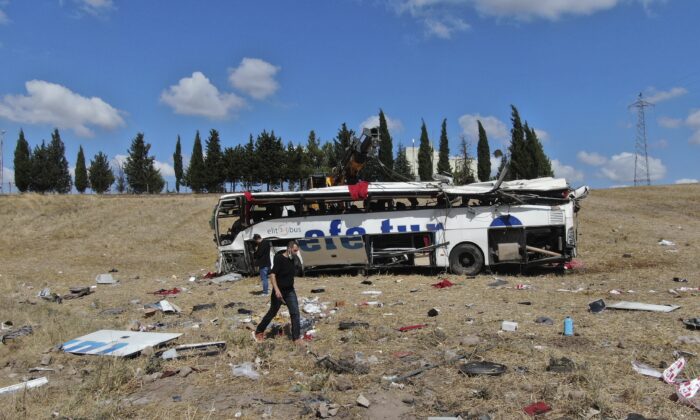 Officials investigate at the site of a bus crash, in Balikesir, western Turkey, on Aug. 8, 2021. (IHA via AP)
Europe

The governor’s office of Balikesir province said said the bus overturned at 4:40 a.m. local time on Sunday. Emergency units arrived at the site, where 11 people died. Four others died in the hospital.

The governor’s office said 17 people injured in the crash were taken to five hospitals for treatment.

The bus belonging to travel company Efe Tur was traveling from Zonguldak in northern Turkey to Izmir in western Turkey when it went off the road, according to Turkey’s official Anadolu news agency.

Authorities said an investigation was ongoing.