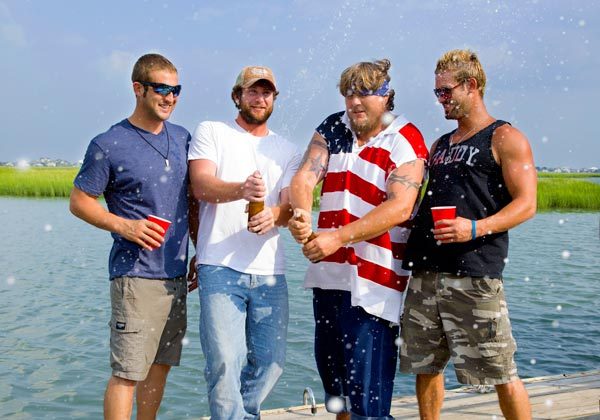 Lyle, Walt, Josh, and Daddy, the male cast members of Party Down South, which will have a season 2. (CMT)
Entertainment

Party Down South season 2 is a go after cast members backed down on their demands.

The regulars on the CMT show were stonewalling, refusing to work unless they were paid $7,500 an episode.

However, sources close to production told TMZ that CMT refused to budge, even though the show is the most successful on the network ever.

The cast finally agreed to work for the same amount of money as last season.

CMT did promise that if the show makes it to season 3 then the cast will get a raise.

The show has eight adults put together in a home for the summer, and comes from the creator of “Jersey Shore.”

Season 1 was filmed in Murrells Inlet in South Carolina.

More than 1 million people were tuning in by the season’s fourth episode, making it the biggest hit for the niche television station. The show’s website has also been doing well.