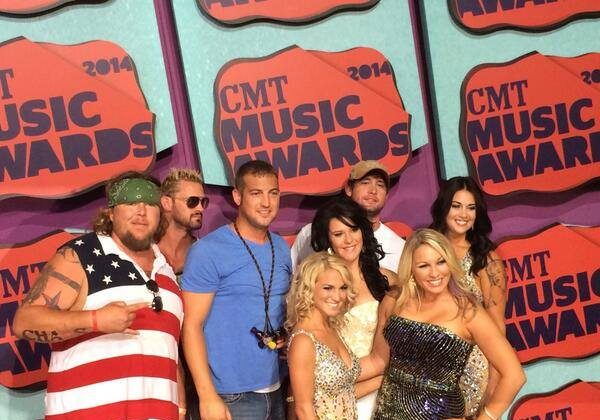 The cast of Party Down South at the CMT Music Awards on Wednesday night. (CMT)
Entertainment

Party Down South season 2 on CMT is set to premiere on June 5.

A preview will air on June 4 at approximately 10:30 p.m. EDT after the Country Music Awards.

The show had to relocate from Murrells Inlet in South Carolina to Athens in Georgia after problems with locals during season 1.

The cast has returned after threatening not to during contract negotiations.

“After a life-changing summer in South Carolina, Daddy, Lil Bit, Lyle, Mattie, Tiffany, Lauren, Walt, and Murray are back for another round of muddin’, funnelin,’ and gettin’ country,” CMT said in the preview announcement.

“The cast reignites old friendships and flames, and even makes some new connections along the way as season two brings new love triangles, tougher quarrels and more ‘family’ bonding than ever. In addition to partying with the locals in Athens, the group also heads to Mexico to hang in Cabo San Lucas for a spring break that no one will soon forget.”

“We’re all from the South, so we were all raised outside and outdoors doing things — as I call it, country stuff. You get away from cell phone service, leaving all your technology alone, just getting out there and being in the middle of nature, getting involved with everything around you,” he said.

As for what’s different in Athens, it’s a college town, being near the University of Georgia.

Episode 1 of the season airs at 10 p.m. EDT on June 5. The season is slated for 13 episodes, and scheduled to air through August 28.