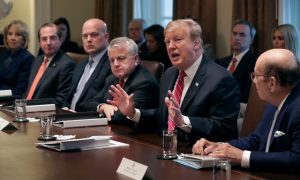 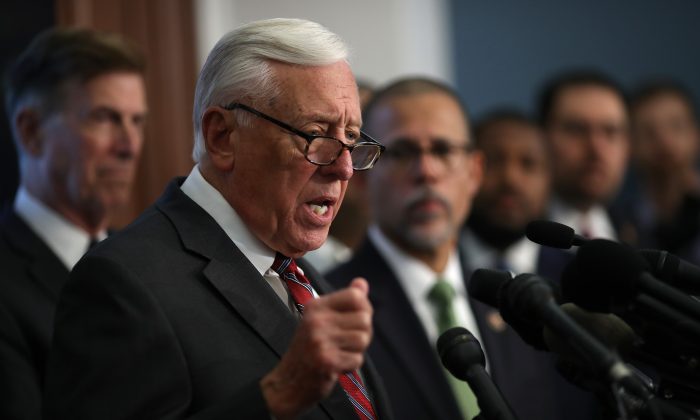 WASHINGTON—Congress missed the Sept. 30 deadline for finalizing appropriations before the end of the fiscal year. The House then passed a continuing resolution on Sept. 19 which allows the government to be temporarily funded and continued negotiating the full budget. House Majority Leader Steny Hoyer (D-Md.) said on Wednesday at a press briefing that he hopes the government can pass the full budget for 2020 no later than Dec. 20.

On Sept. 26, the Senate passed a partial budget, including the Continuing Appropriations Act, 2020, and Health Extenders Act of 2019. This bill provided the fiscal year 2020 continuing appropriations to federal agencies through Nov. 21.

“Additionally, the continuing resolution extends several programs that are scheduled to expire at the end of FY2019, including several health programs, the National Flood Insurance Program, the Temporary Assistance for Needy Families (TANF) program and related programs, several authorities related to immigration, the Calfed Bay-Delta Authorization Act, the Department of Education’s National Advisory Committee on Institutional Quality and Integrity, the Export-Import Bank of the United States, and the U.S. Commission on International Religious Freedom,” reads the bill.

“The bill also includes a provision that permits the Department of Agriculture to continue making payments to farmers affected by retaliatory tariffs by accelerating reimbursements to the Commodity Credit Corporation for certain net realized losses sustained in FY2019.”

Hoyer said that getting the rest of legislation through the Senate is just “the willingness to compromise.” Hoyer referred to the letter he had written at the end of October to Senate Majority Leader Mitch McConnell about the 2020 funding allocations, 302(b).

“Any further delay is inexcusable. The Senate’s unwillingness to do its job on appropriations is deeply irresponsible. I am urging you, as the Nov. 21 deadline approaches, not to forgo our responsibility to act on appropriations by taking up another months-long continuing resolution but to take a meaningful step forward and work together with us to reach bipartisan agreement on 302(b) allocations for all twelve appropriations bills.”

Hoyer noted that one of the main issues in passing the remaining appropriations was border wall funding, saying “This wall has been holding up the government for a long period of time.” Hoyer has been in favor of border security, but not a wall.

Democrat Congressman and Chairman of the House Armed Services Committee Adam Smith (D-Wash.) said on Wednesday that many of the key issues that are holding up the appropriations for 2020 are being ironed out.

Smith was critical of the Republicans’ accusation that the budget for 2020 and in particular the Defense Bill (NDAA) is being held up because of Impeachment inquiry proceedings.

Smith mentioned that there was some “misunderstanding” about border wall funding between Democrats and Republican members, which is what McConnell may have been alluding to during a recent press briefing when he said “backtracking.”

McConnell held a press briefing Wednesday and discussed the gridlock in passing the full appropriations for 2020.

“One thing has clearly been lost during the House’s impeachment obsession, is doing the things that we really need to do. USMC needs to be called up for a vote in the House. We regretfully still don’t have a way forward on funding the government. Something I thought we’d reached an agreement on this summer, and also we understand the Democrats, on the conference on NDAA, are slow-walking that. Clearly, they are so obsessed with the impeachment exercise that they cannot bring themselves to do the basic work of government. The NDAA has passed on an annual basis every year since 1961. We all know we need to fund the government. We thought we’d reached an agreement this summer which they are backtracking on.”

Smith told reporters that funding for the wall has been a major sticking point in passing the defense budget for 2020. “Democrats want zero dollars for [the] wall and [the] White House wants 8.4 billion for the wall.”

Smith said that the wall funding has to be included in the Defense Authorization Bill for 2020 because if it is not appropriated then the President will use his emergency powers to take an undetermined amount of money from the Department of Defense.

Democrats have said the Senate versions of the bills would facilitate the Trump administration’s military funds transfer for the wall project while neglecting health care and education funding, which Democrats say would receive unacceptable increases.

If all the appropriations bills are not passed before the fiscal year begins on Oct. 1, federal funding can falter and result in a government shutdown. To avoid this type of disruption, Congress can pass a continuing resolution that extends funding and gives more time for the appropriations process to be completed in full. If Congress only passes some of the 12 bills, a partial shutdown can occur.

The 4 bills that have stalled in Senate affect the Departments of Labor, Health and Human Services, Education, Defense, and State.

The agencies that are affected by the gridlock on funding are the Foreign Operations Administration and Energy and Water Development.