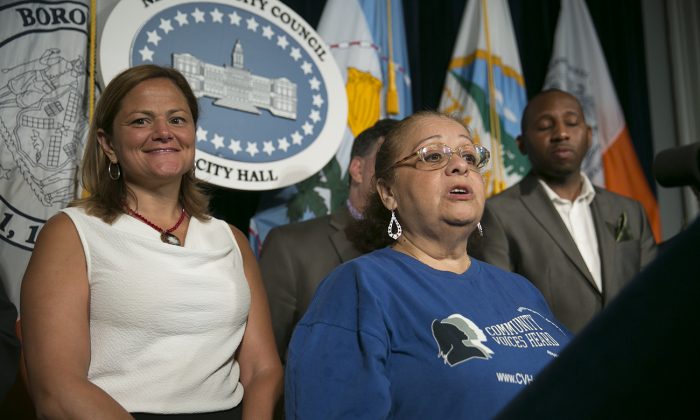 NEW YORK—An increasing number of City Council members are adopting an approach to their district budget that engages the community in deciding which project will be funded.

City Council Speaker Melissa Mark-Viverito said on Wednesday that 22 Council members have come on board to offer participatory budgeting in their districts. That’s up from 10 Council members last year.

Each council member will allocate at least $1 million in taxpayer funds for projects proposed by, vetted, and voted on by their communities. Mark-Viverito was one of four Council members to first offer participatory budgeting three years ago.

Participatory budgeting has been shown to increase civic engagement. Of the people who voted for local projects this year, 70 percent have never worked to effect a change in their communities, according to the Urban Justice Center.

People only have to provide proof of residency in the district and be older than 16 in order to participate. Examples of how money can be used include playground improvements, technology centers, remodeling school bathrooms, and tree plantings.

“People are hungry for a chance to be part of local government,” said Mark Levine, a Council member.

Two out of three people who voted in participatory budgeting this year are women, and one half earn below $50,000, according to the Urban Justice Center