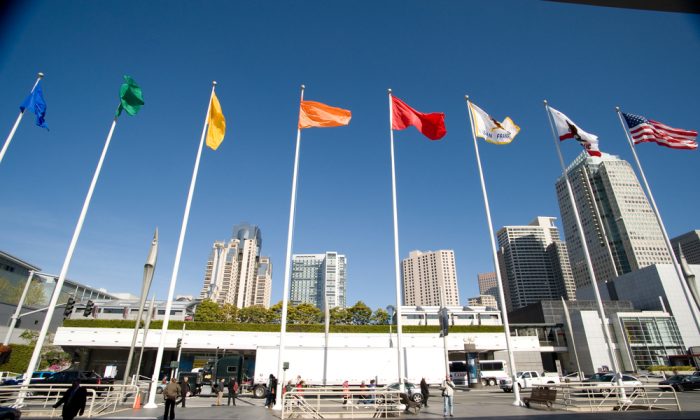 San Francisco—At the World Transplant Congress held at the Moscone Center in San Francisco from July 26 to 31, experts from all over the world came to share their latest research and mingle with the best minds in the field. Among the topics of conversation: how the work of saving lives through transplantation is being used to take lives in China.

Professor Jacob Lavee, director of the Heart Transplantation Unit at Israel’s largest medical center and a member of the human rights group Doctors Against Forced Organ Harvesting (DAFOH), spoke at the conference with Epoch Times about the practice in China of harvesting organs from prisoners of conscience—particularly those who practice the spiritual discipline Falun Gong, which is banned in China.

Lavee first became aware of the issue in 2005.

“A patient of mine who had waited for almost a year on top priority list for a heart transplant came to me one day and told me that his insurance company told him to go to China.”

He was already scheduled to go to China for a transplant in two weeks.

“I asked him, ‘How come they can schedule a heart transplant [ahead of time]?’ He said he didn’t bother to ask. And the guy went to China and got the heart on exactly the day he was promised.”

Lavee began to research the issue.

“We found the entire horrible process that has been taking place in China since 1984, when China had enacted a law that enables the use of organs from executed prisoners,” he said.

At that point, Lavee began a large public campaign, writing papers in medical journals and then contacting the media in Israel. He let people know exactly where those transplant organs in China were coming from.

Stemming from his efforts, the Israeli Parliament enacted an organ transplant law in 2008 that bans reimbursement for Israeli patients who receive illegal organs. Before that, insurance policies had fully covered transplants from China. After Israelis learned the truth about China’s ready supply of organs, not a single citizen went to China to get transplants, Lavee said.

He believes every country should enact a law that stops its citizens from going to China for organ transplants.

“The transplants committed in China thrive on transplant tourists,” he said.

But that’s not enough. “Because even if there will be no single transplant tourist coming to China, still, local candidates for organs could get organs from executed prisoners and prisoners of conscience,” he said.

He strongly condemned the process China uses for procuring organs.

“They’re acting against every convention and against every basic principle of ethics that conducts the entire business of transplants worldwide. The basic principle is that organ donation should be done only, only on the free will of the donor or his family. And they’re breaching this principle. Once that’s breached, it becomes a crime against humanity.”

He calls for all countries to work together to “make parliaments press politically and diplomatically through their own connection with China and through the United Nations so that the process will stop in China altogether.”

Lavee said he has a personal reason for being concerned about this issue.

“And that’s actually what’s going on nowadays,” he said. “The complacency of the world community shutting its eyes to what’s going on there is something that I couldn’t tolerate. And at least in my own small country, I hope I managed to do that.”

He said that not many people understand the similarity of the current situation to the events of the World War II.

“The magnitude of the process which takes place in China now is so big that people sometimes cannot believe that that’s what’s going on,” Lavee said.

He said the medical community has an obligation to make sure the people are aware of it. After that, the next step will be to take measures to stop it.

“But right now, people do not believe,” he said.

Lavee published a paper this month in the American Journal of Transplantation. It’s a brand new paper with new data, he said, explaining the transplant situation in China.

As for how people can help, he suggests that everyone learn about the situation, and also about House Resolution 281 currently in the U.S. Congress.

“It’s right on the verge of being enacted, so any pressure from within toward Washington would be great,” he said.

‘One of the Ultimate Human Rights Violations’

A doctoral candidate at Emory University at Atlanta, Fikre Jesus Amahazion, is studying human rights, and is currently doing research on organ trafficking and organ harvesting.

“I’m interested in the multidimensional components that see this issue raised to an international level,” he said.

He wanted to learn more at this conference about the situation of organ harvesting in China.

“This is one of the ultimate human rights violations,” he said. “If we think about various violations to bodily integrity, violations [of] murder, violations against human dignity, basic rights, prisoner rights, conventions against torture, these violate all of those type of things.”

At one time, his own daughter needed a transplant. Waiting for a donor often takes years, and unfortunately she did not live long enough to receive the transplant.

In China, the wait time is much less.

“I’m very alarmed to learn that in China it can only take a day, or a couple of days, or a week in order to get a transplant.” he said.

He noticed that this wasn’t the case in any other country.

“I call on the United States to look into these described abuses here, and into the House resolutions, and to see what can be done to bring this matter diplomatically to the Chinese government, so that they’ll look into it and respond to it and be responsive to the American people,” Patterson said.

‘It Is Absolutely Illegal’

Dr. Sanjeev Gulati, the director of Nephrology at the Fortis Escorts Heart Institute in New Delhi, India, presented a paper at the World Transplant Congress about a new transplantation drug.

He also got reporters’ attention by walking through the convention hall wearing a sticker that said, “Stop Forced Organ Harvesting.”

“I think the world community needs to get together and condemn, and make sure that it is stopped at the earliest [opportunity],” he said. “It is absolutely illegal; it is against all norms of humanity.”

Alex Ma and Lear Zhou contributed to this report.

*Image of Moscone center via Shutterstock