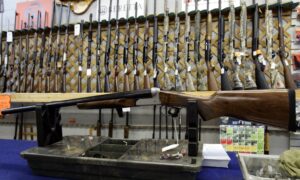 Indigenous and Non-Indigenous Should Be Treated the Same in New Firearms Ban, Says NWT Gun Owner
0 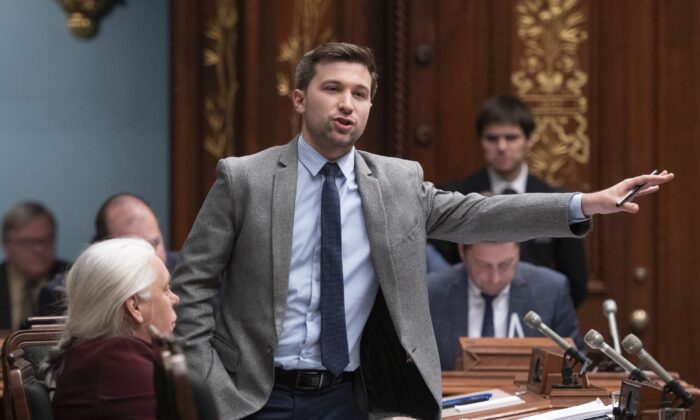 Quebec Solidaire MNA Gabriel Nadeau-Dubois speaks at the legislature in Quebec City on Dec. 5, 2019. The emergence of Québec Solidaire, another sovereigntist party, is part of the reason Parti Québécois support has dwindled. (The Canadian Press/Jacques Boissinot)
Canada

The Parti Québécois, the bastion of the push for Quebec independence for so many years, is floundering due to dwindling support and a changing political landscape. At just 17 percent popular support, the PQ had its worst-ever showing in the last Quebec election.

However, as the party heads toward choosing a new leader this summer, it finds itself buoyed by the renewed popularity of the federal Bloc Quebecois.

In the 2019 federal election, the Bloc captured 32 seats for its best result since 2008. Yet, a survey of Quebecers released last March showed just 23 percent identify as sovereigntists, and 55 percent believe that sovereignty is out of date.

“The good showing of the Bloc in the federal election was due to many things, but definitely not to its stance on separatism,” says Brooke Jeffrey, professor of political science at Concordia University.

Instead, Jeffrey credits BQ leader Yves-François Blanchet for “portraying the Bloc as a sort of harmless interest group that would simply represent Quebec’s interests in Ottawa, and to his strong support for the provincial Bill 21.”

PQ support dwindled following the emergence of another sovereigntist party, Québec Solidaire, which has taken an increasing percentage of the vote ever since it was founded in 2007. In the last election it gained 10 seats, just like the PQ.

The PQ is less socialist and more fiscally conservative than Québec Solidaire. But this split of the sovereigntist vote will make it difficult for the PQ to regain official opposition status, let alone unseat Premier Francois Legault and his Coalition Avenir Québec.

An Ipsos Reid poll on April 9 showed an unprecedented 96 percent support for Legault, largely due to his response to the pandemic.

“The pandemic totally boosted Legault’s popularity,” says Daniel Bernier of Earnscliffe Strategy Group. “Even Churchill couldn’t have been that popular in the Second World War.”

But on May 11, Legault had to backtrack on his target to open Montreal stores, schools, and daycares after Quebec’s national health institute released new worst-case-scenario projections. Now the premier admits he might have to forfeit his current target of May 25 to a date as late as September.

“Leadership, communication, and clarity are key, especially in unprecedented times like we are experiencing now with COVID-19,” Biollo says. “Montreal remains the epicentre of COVID-19 in the provinces.”

Even so, whatever portion of 96 percent support Legault can maintain will serve him well.

“Most observers agree incumbent governments, if they are seen to do well on this [pandemic response], will have a significant advantage in the next election they face,” Jeffrey says. “But the CAQ was already well positioned—really quite remarkable given its short lifespan.”

The Quebec Liberal Party received 31 seats to form the official opposition, and will be led into the next campaign by their first-ever female leader, Dominique Anglade.

“I think the PQ has very little chance in the next election, regardless of who takes over as leader,” Jeffrey says. “When a comedian is the candidate with the most name recognition, I think the party is in serious trouble.”

Jeffrey is referring to Guy Nantel, the 51-year-old Montrealer who has been a comedian since 1988. Nantel distinguished himself from other candidates by proposing free education for university undergrads.

Leadership contenders with political experience include Sylvain Gaudreault, a former interim leader of the party, and Paul Saint-Pierre Plamondon, who placed fourth in the 2016 leadership race. History teacher Frédéric Bastien, businessman Laurent Vézina, and lawyer Gloriane Blais round out the list.

Last March, Plamondon said a third referendum on separation would take place if he became premier, and Nantel agreed. By contrast, Bastien said Quebecers would not elect a party that promised a referendum during its first mandate.

“I suspect Sylvain Gaudreault is likely to have the best chance because he knows the internal workings of the party operation, but honestly I don’t think it is possible at this point to predict a winner with much conviction,” Jeffrey says.

Biollo believes the PQ now has “an opportunity to reform itself, reform its relationship with society, and recognize that the party itself is in danger of becoming politically irrelevant.”

“The silver lining is that there is always an opportunity to engage the traditional electoral base while building a relationship with the undecided voters,” she says.