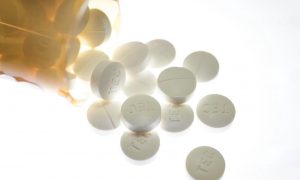 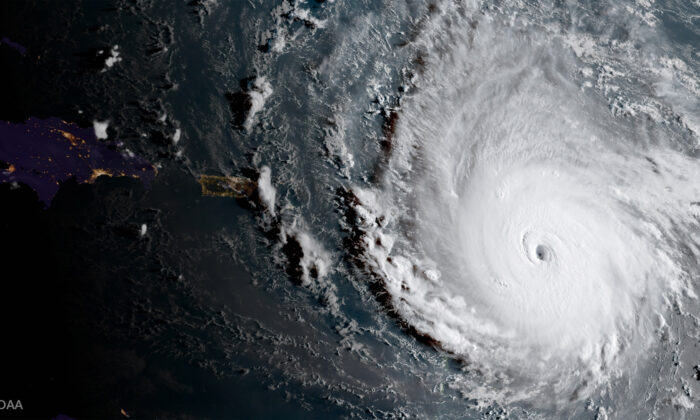 In this NOAA handout image, NOAA's GOES satellite shows Hurricane Irma in the Caribbean on the morning of Sept. 5, 2017. (NASA/NOAA GOES Project via Getty Images)
Viewpoints

The Pandemic Expansion: The Greatest Media Bias of All Is Pushing Ever Larger Government (Part I)

Has the media coverage of the CCP virus led you to demand government action? Before that, were you moved by the pictures of children in caravans at our southern border or by those devastated by hurricanes?

If so, then you are witness to the greatest media bias of all—and you may not have realized that you were.

We often talk about media bias. But whether any one portion of the media is politically biased overlooks the most important media bias of all—the bias in favor of fostering government action.

Prior to television, our understanding of the world came from what we read (up until the 1920s) and then from what we read or heard on the radio. During that time, our visual images were limited. Once television became affordable in the 1950s, pictures were brought into our homes and often told a far more dramatic story than words alone. By the end of the 1970s, color televisions were almost ubiquitous—and so, too, the vivid images they brought to us.

Taking a step backward, we find that in 1900, government spending as a percent of the economy was under 7 percent. It was less than 3 percent during the presidency of Thomas Jefferson, in the first decade of the 1800s. In other words, over a period of nearly 100 years, the growth in spending was just an additional 4 percent of the economy.

By the end of Calvin Coolidge’s presidency in 1928—and the beginning of the media age—his last federal budget was the equivalent of $55 billion or so in today’s dollars. Today, federal spending is nearly $5 trillion.

By 1982, government spending at all levels reached 35 percent of gross domestic product (GDP). It would briefly reach a record 41 percent after the bailouts for the Great Recession of 2008–09 before settling back down to about 37 percent. The spending related to the CCP virus will likely send it to record highs.

In other words, in the past 100 years, the media age, spending jumped not just an additional 4 percent—but to about 40 percent of GDP.

While it’s true, throughout all of history, that all governments grow in size and scope, the rate of growth has varied. In our own history, it wasn’t merely coincidental that the rate in growth of government accelerated along with the rise of media and literally took off with the advent of television. While the media was not the sole factor in that growth by any means, (events and politicians played their roles), the media certainly was a substantial and magnifying factor.

Consider the case of President George W. Bush and Hurricane Katrina. Bush was excoriated in the media for his perceived lack of concern about the victims of that hurricane. The response was a massive growth in government.

According to CNN: “Federal hurricane assistance has spiked since Hurricane Katrina, with the federal government shelling out more than $200 billion—half of which went to the recovery from Katrina and a quarter of which went to Hurricane Sandy relief efforts. In the half-dozen storms that caused at least $1 billion in damages immediately before Hurricane Katrina, the federal government contributed funds to cover only 17 percent of estimated damages in federal aid, on average.

“In storms including Katrina and afterward, federal spending averaged 62 percent of estimated damages, peaking at 72 percent of Katrina’s damages and 80 percent of Sandy’s damages.”

Those were the statistics before the hurricanes of 2017 and the tens of billions spent by the Republican Congress and President Donald Trump, without prodding—so much spending that Trump lamented that hurricane funding had “thrown our budget a little out of whack.”

Even so, the media chided him for not spending even more.

Ask yourself, would that have occurred without television pictures nationalizing the issue?

To help you answer that question, consider the bank meltdown of 2008. It led to massive spending that drove overall government spending to a historical peak of 41 percent of the overall GDP. Presidential aspirant John McCain wanted to take that number even higher with his desire to have the government purchase bad mortgages.

All of that spending was a far cry from James Monroe’s presidency and Great Panic of 1819 leading into his reelection year of 1820. Hundreds of banks failed and thousands of depositors lost all of their deposits.

As I write in my book, “The Divided Era”: “The severity of the economic downturn has been debated in history with some claiming it was a ‘long-lasting depression’ to a likely more reasoned analysis saying it produced ‘a brief business slowdown.’ Regardless of which assessment is correct, the fact remains that the response of the Monroe administration was not to enact an 1819 version of a Dodd-Frank mega-regulatory bill, which was passed after the 2008 financial panic.

“Indeed, the federal government did all but nothing and yet, “history has recorded that America recovered from the Panic of 1819 without extensive government intervention.”

How different was it then? There was no major media and Monroe won reelection unopposed the next year.

The power of the media lies not just in choosing sides but in driving issues—such as the end of the Vietnam War driven, in significant part, by television pictures of the loss of life. Today, warfare is literally prosecuted to avoid such pictures.

Our government responses to the pandemic are literally played out on television with demands coming from every quarter. In truth, every day some inequity reaches our homes, newspapers, computers, cellphones, TVs, and radios. Almost as frequently, a politician plans a government response.

Before mass media, when the news of the village barely affected our lives (as Will Durant would say), a government response was quite rare.

All of this is not to say that there should not be government responses. It is to say, the media pushes those responses constantly, despite our massive government debts—and that, likely, is the greatest media bias of all.