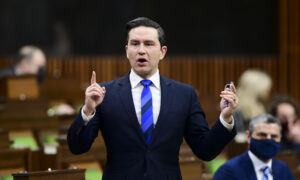 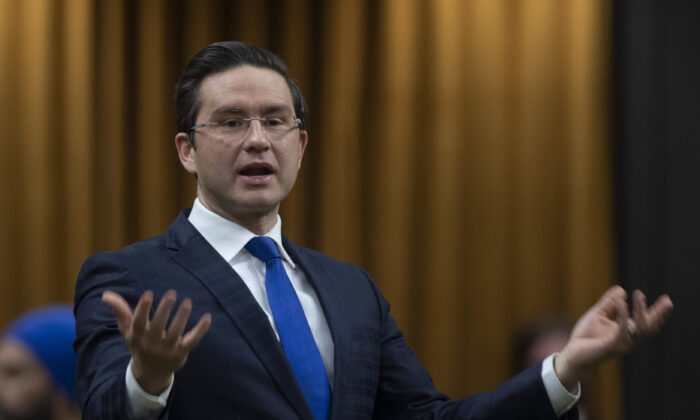 The Standing Committee on Industry, Science and Technology voted unanimously on March 19 to probe the Rogers-Shaw deal after about an hour of debate.

On March 15, Rogers Communications Inc. announced an agreement to acquire Shaw Communications Inc. in a transaction valued at $26 billion, including debt. The deal will see two of Canada’s largest cable companies, as well as their wireless networks, combined, leaving the industry with only two remaining competitors, Telus and Bell.

Industry Minister François-Philippe Champagne has said the deal will be reviewed by Innovation, Science and Economic Development Canada (ISED), the Competition Bureau of Canada, and the Canadian Radio-television and Telecommunications Commission.

Conservative MP Pierre Poilievre said it is the duty of parliamentarians to probe the proposed acquisition of Shaw by Rogers because it will affect their constituents.

“I believe we should have a report on it before the regulatory bodies rule, because when they rule, it’s over,” said Poilievre, the Conservative Shadow Minister for Jobs and Industry, on March 19.

“I never accepted the idea that all elected officials should just be quiet and let the so-called experts decide,” Poilievre said. “If the experts were doing a terrific job, we wouldn’t have among the highest cell phone bills in the world, and some of the poorest coverage.”

According to a 2019 report from ISED, Canada has the highest or second highest adjusted prices for mobile wireless compared to the United States, Australia, UK, France, Italy, Germany and Japan. It also said Canada’s pricing for higher internet speeds was still on the higher end even as wireless and broadband prices have been declining.

Poilievre said the merger will result in a $50 billion enterprise which is equivalent to the GDP of Canada for almost a month. He added that 13 million customers will be affected by the deal.

He added no other committee has the responsibility to look into the deal other than the industry committee.

“There’s a lot of very important public policy issues that come to the fore here that have been central to the issue of spectrum auction, of competition, of high speed internet, that all converge on this one merger,” Poilievre said.

“So for example, Shaw got its spectrum at a discount, because it was supposed to be the fourth entrant in the western market. Now, Rogers proposes to buy that spectrum by buying Shaw. Are we allowing that to happen? Are we just going to say, ‘Okay, you know, you got in the back door, you paid a discount, and you took the spectrum on the cheap?’”

Wind was one of the companies that purchased wireless spectrum under the Harper government, which the former prime minister decided to set aside spectrum for sale in favor of new entrants to enhance “competition, lower prices, better services in this area.”

In its statement on March 15, Rogers said it “will invest $6.5 billion in Western Canada to build critically needed 5G networks, connect underserved rural and Indigenous communities, and bring added choice to customers and businesses.”

The merger, according to Rogers, will create up to 3,000 net new jobs across Alberta, British Columbia, Manitoba, and Saskatchewan. Rogers also said it will not increase the wireless prices for Freedom Mobile for at least three years once the transaction is successfully closed.

Poilievre said he needed assurance that Rogers could commit to its promises.

“I want to know how serious is that? Is that firm? Do we have a covenant that they’re signing as part of this proposal? Or is it just a press release that we’ll find out three years from now it’s not true?” he asked the committee.

The Competition Bureau Canada, meanwhile on Friday, said it has already received a higher than normal volume of online inquiries related to the Rogers-Shaw deal since the announcement was made on Monday.

The regulator said it will review each inquiry thoroughly and welcome new submissions, but will not be responding to each one due to the high volume.

Consumer advocacy group OpenMedia, on the other hand, has urged Canadians to speak out against the merger so that Ottawa will not approve it.

“The Rogers-Shaw deal will reduce the competition between those four companies by at least a whopping 25 percent—or much more, in local markets where there will now be only one major provider!” OpenMedia said in an online petition.

“That loss of competition will drive prices way up, and consumers will have significantly less choice about where they get their Internet and wireless services—especially in Western Canada.”

“Big telecom companies are gouging Canadians and continuing to make massive profits in a time where most families are struggling to get by. A merger between two of Canada’s biggest providers will just make it worse,” Singh said in a statement on Monday.

Alberta Premier Jason Kenney, however, said the deal could actually benefit the province’s economy if Rogers keeps its promises, during a press conference on March 15.

“Rogers has made a number of positive commitments to increase jobs, service, and investment in Alberta. If this proposal is approved, we would hold Rogers to those commitments, as they would be good news for Alberta’s economy,” Kenney said.

But the premier said he expects the federal regulatory agencies to review the proposed merger carefully in order to ensure that the best interests of consumers, Canada and Alberta economies are met.