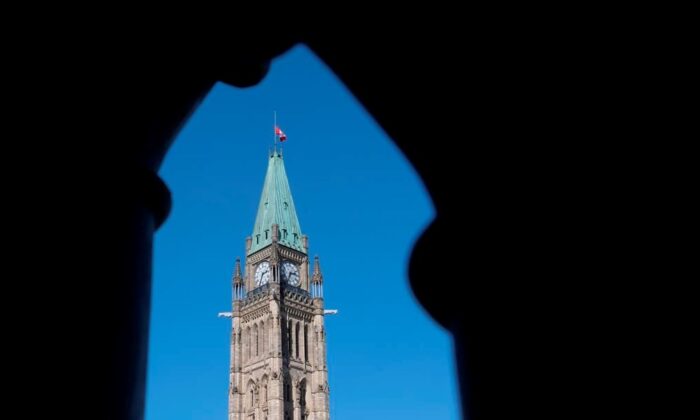 The Peace Tower in Parliament Hill in Ottawa in a file photo. (The Canadian Press)
Canada

OTTAWA—The security service charged with protecting Parliament Hill says it is stepping up its presence in the area following several recent reports of harassment.

The Parliamentary Protective Services would not comment on specifics, but the federal NDP says it reported one such incident on Friday.

Video posted to social media shows Jagmeet Singh being followed down the street in front of Parliament Hill by a man who asks if the NDP leader wants to be arrested, before saying the two would “have a dance” next time they met.

Another clip appears to show a man trying to conduct a citizen’s arrest on Radio−Canada reporter Daniel Thibeault on Thursday.

Federal Infrastructure Minister Catherine McKenna last month called for more protection for Canadian politicians from threatening behaviour after someone yelled obscenities at members of her staff in downtown Ottawa.

That followed a Canadian Army reservist being arrested in July and charged with 22 counts after a truck rammed through a gate at Rideau Hall, where Prime Minister Justin Trudeau and his family have been living.