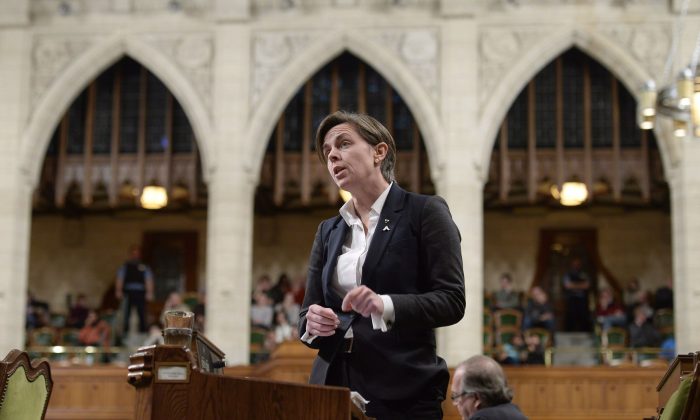 OTTAWA—Parliament has opened debate on an NDP private member’s bill that would give unpaid interns workplace standards and safety protections under the Canada Labour Code.

The bill, introduced last spring by Quebec MP Lauren Liu, would ensure that all internships are linked to educational programs and are primarily of benefit to the intern, not the employer.

The proposed legislation would also limit the number of hours of work for unpaid interns, and provide them the right to refuse dangerous work. As well, it would prohibit companies from replacing paid work with internships.

“We continue to hear very troubling stories from those who have done internships in large, very profitable corporations who were taken advantage of, forced to do work that was of little benefit to them or brought on simply as a replacement for paid workers.”

Unpaid internships, as far as I am concerned, are absolutely wrong.
— Naguib Gouda, president of Career Edge

While some provinces—Quebec, Ontario and Alberta among them—provide some protections to unpaid interns, there are no laws covering federally regulated businesses that use free labour.

The Conservative government has signalled to stakeholders in recent weeks that it’s considering cracking down on the use of unpaid interns.

Cathy McLeod, the parliamentary secretary to Labour Minister Kellie Leitch, met in late January with several student, intern, and union groups to discuss what could be done about regulating unpaid internships.

Naguib Gouda, president of Career Edge, an organization that places paid interns at hundreds of organizations, is supporting the NDP legislation.

It’s important to provide equal access to employment opportunities for all Canadians, not just those with families who can support them, Gouda said in an interview.

“To me, it’s a no-brainer,” Gouda said. “Unpaid internships, as far as I am concerned, are absolutely wrong.”

The NDP bill has support from members of all three parties, including the Conservatives, he added.

“We have had our say, and I believe they get it.”