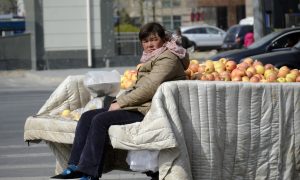 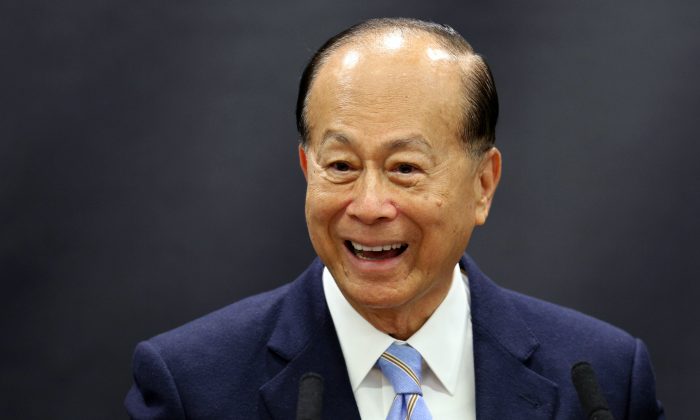 This file photo shows businessman Li Ka-shing, who according to Forbes is the eighth richest person in the world, on May 3, 2013 in Oxford, England. Li has reportedly been moving some of his wealth out of his native Hong Kong, which is said to have displeased Beijing.(Oli Scarff/AFP/Getty Images)
Hong Kong

HONG KONG—The sale by Hong Kong’s wealthiest man of the supermarket chain ParknShop has been the occasion for discontent. The mainland media have gotten in a few blows, fair or not, at Li Ka-shing, while observers in Hong Kong are reading into the billionaire’s moves a dour commentary pointed at chief executive Leung Chun-ying’s stewardship of the city.

Somewhat unusually, Li Ka-shing announced his sale of the chain before he had a buyer. On Aug. 16, the day bids were due, leading websites in China reported some harsh comments by one of China’s richest men, Mr. Zong Qinghou, the director of the Hangzhou Wahaha Group.

Zong’s comments had actually been made on Aug. 8, in China Philanthropy magazine, but had been ignored. But on the 16th mainland websites put his quote in their headlines. One would not have known that Zong had once said that he wanted to be the Li Ka-shing of Hangzhou.

In any case, Zong was reported to have criticized Li Ka-shing for driving up the living costs in Hong Kong through his monopolizing several fields. Zong claimed that Li Ka-shing had advertised as a selling point his monopolies in Hong Kong’s natural gas, water, electricity, ports, and retail business.

Of course, this doesn’t really make sense. Water in Hong Kong is supplied by the government, and Li Ka-shing has never been in any natural gas business.

The sale of ParknShop follows upon the news over the past several months that Li Ka-shing has been moving his money out of Hong Kong. This is most likely the source of Zong’s displeasure. Beijing can’t do anything about Li Ka-shing shifting funds and so it has used a super-wealthy mainlander to criticize the Hong Kong billionaire.

Here in Hong Kong, the sale has gotten a different kind of review.

The vice-chairman of the Democratic Party, Sin Chung-kai said, “From Li Ka-shing’s past style, this move is really unusual. In general, Li would only disclose the deal after finding a buyer.”

The local news critic Choy Wing Mai also thinks that the sale of ParknShop by Li Ka Shing is an open statement of extreme discontent with Leung Chun-ying.

Local author and journalist Chip Tsao wrote on his Facebook page that the newspapers, television stations, radio stations, telecommunications, electricity, and resources in the mainland are all monopolized by the Communist Party. Will this Zong of Wahaha dare to criticize the Communist Party’s political monopoly for degrading the IQ of the Chinese people?