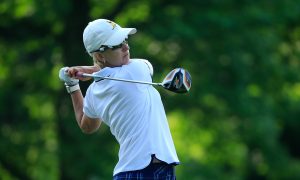 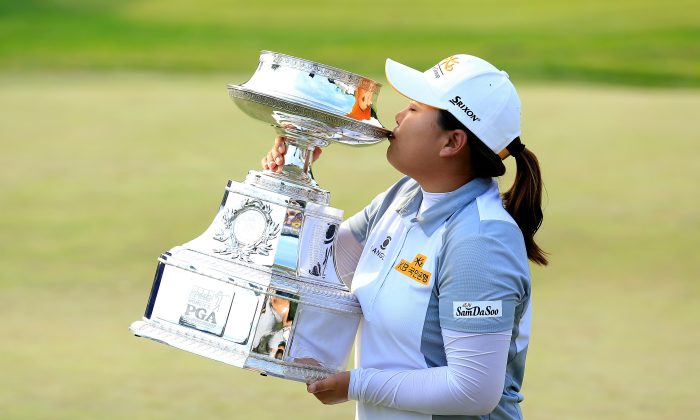 Park(ed) at the Top of the Hill

Harrison, NY—When Inbee Park is on her game there is no rival on the LPGA circuit who can match her unrelenting steadiness. Going into Sunday’s final round of the KPMG Women’s PGA Championship here at Westchester CC the margin was two strokes. But the South Korean’s flawless 3rd round 66—featuring seven birdies against no bogeys—left little doubt that the only way Park could be beaten would be if a rival could outplay here in the final round. That was not happening and to ensure Park’s grand intention to vanquish the field—she made five final round birdies against no bogeys for the second straight day—scoring a 68, providing for a five-stroke cushion over runner-up and fellow countrywoman Sei Young Kim with a winning total of 273 (-19) for 72-holes.

The KPMG Women’s PGA Championship, formerly the LPGA Championship, is now in Park’s hands for the third straight year—a feat only matched by the great Annika Sorenstam from 2003-05. Park is quite comfortable in The Empire State. Of her six majors, four have come in New York State—three in succession as mentioned along with a victory in 2013 at the Women’s Open played at Sebonack on Eastern Long Island. Inbee also becomes the sixth player to post three victories in the event.

Park doesn’t have the length of such rivals as Brittany Lincicone or the athletic prowess of Suzanne Pettersen, but more than any other player Park commits the fewest breakdowns—physically and even more so mentally. She is also the most gifted on the short grass as he putting skills are dominant when on form.

Now, Park is indeed back on top of the hill of women’s golf and the number one player is showing signs that her magnificent dominating play of 2013—when she won three consecutive women’s major to start the year—is set to happen all over again in 2015.

“It feels amazing to win three times in a row. Obviously putting my name alongside like Annika Sorenstam or Patty Berg, legends of golf, just being a part of history of this golf tournament, I feel extremely honored, and I can’t believe that I just did it,” said Park. “I mean, it has not really sunk down yet. It will probably after I sleep tonight. But yeah, this is really a great accomplishment in my career, and obviously there’s a lot more things to do from now on but this is definitely one of the greatest accomplishments I’ve ever had.”

Park still has a hole in her otherwise splendid blossoming career—winning the Women’s British Open. “I said I always liked to win the British Open, which I never won before.” Clearly, if her game is in top form, one cannot imagine not capturing that event whether this year or in the near term.

The LPGA circuit has brought to the forefront a number of aspiring players recently—most notably 18-year-old Lydia Ko. The former world number one looks to have a solid future for many years though she missed the cut this week.

Westchester CC proved to be an excellent venue for the event, demonstrating as it did for many years as host to the PGA Tour’s Westchester Classic that only superior players will be awarded for their efforts. The 2016 event will now head to the west coast next year with Sahalee GC, just outside of Seattle, hosting the event.