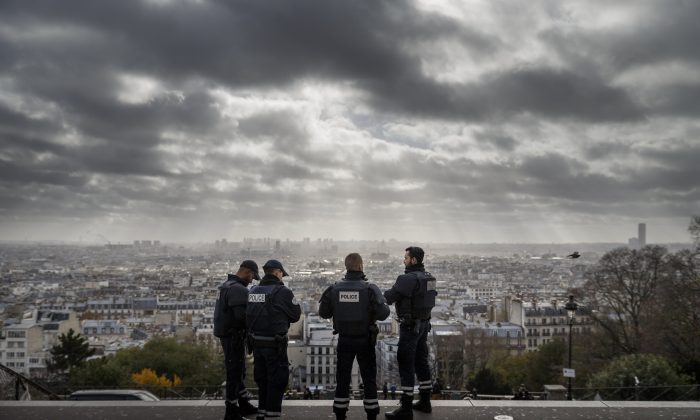 After the night of contemptuous terror attacks throughout Paris on Nov. 13, America must enhance security awareness, training, initiatives, protocols, and collaboration.

The heart of America is compassion, yet, as we pray for the victims, their families, and all the people of France, we must be vigilant.

Although there are no immediate threats against America in the wake of the Paris attacks, security must be heightened. This is especially critical during our holiday season when large crowds enjoy entertainment, traveling, dining, shopping, tourism, and corporate events.

Citizens, law enforcement, and private security professionals throughout the nation must have a collaborative mindset.

It is critical that suspicious activities are always immediately reported to the authorities.

Each person must have their eyes and ears wide open, wherever we are, and always act in a manner exemplifying an abundance of caution.

These latest unprecedented attacks on seven locations in Paris demand complete adherence to the mantra, “if you see something, say something.”

The article written for my Epoch Times column of Feb. 27, 2015, titled “Terrorism Concerns Accelerate: Protecting America,” is worthy of review.

The article concludes that “terrorism is a contemptuous evil against life, justice, and charity as well as a cowardly assault against human rights, moral law, and the dignity of humankind.”

In a follow-up to this article from March 6, 2015, titled “Understanding Islam Is Essential to Community Policing,” I wrote, “All who adhere to the great religions of the world understand that faith, hope, and charity are sacrosanct.”

This article argued that “the true hallmark of any person who proclaims a life of faith is manifested through honoring the dignity of every human person.”

Terrorism is a heinous, barbaric, and cowardly act that desecrates the sacred.

Anyone who takes innocent human life in the name of religion commits the gravest sacrilege against faith. This desecration deserves the world’s most severe condemnation, resolve, and justice.

Taking innocent life in the name of faith dishonors the moral code at the heart of universal human rights, “Do unto others as you would have them do unto you.”

New York City is privileged to have one of America’s most respected law enforcement leaders in charge during these challenging times.

Commissioner William Bratton understands that terrorism is a very real threat in New York City. Bratton recently emphatically and correctly stated, “We still remain the number one terrorist target in the world, we believe.”

In response to this concern, Bratton introduced the NYPD’s newest counterterrorism team, the Critical Response Command (CRC), a new elite unit, at a news conference on Nov. 16.

The commissioner addressed the unit at the event, which will include over 500 members with high-tech weapons, vehicles, and other equipment, as well as canines.

The dedication of the NYPD and our law enforcement throughout the nation deserves the public’s appreciation, assistance, and respect.

As a public safety professional, I have supported the NYPD mission with my program titled “Leadership Principles: Crisis Planning, Community Partnerships, Violence Prevention.” This has been conducted for museums, financial institutions, corporations, hospitals, properties, and colleges throughout New York City.

Since the 14 years since 9/11, aggressive counterintelligence operations along with vigilant public assistance, at least 20 potential acts of terrorism have been thwarted by the NYPD.

America must be aggressive, collaborative, and dedicated to the reality of terror as reinforced through the Paris attacks.

On Jan. 1, 1941, President Franklin D. Roosevelt delivered his “Four Freedoms Speech” to Congress on the State of the Union. His closing words are just as applicable today:

“This nation has placed its destiny in the hands and heads and hearts of its millions of free men and women; and its faith in freedom under the guidance of God. Freedom means the supremacy of human rights everywhere. Our support goes to those who struggle to gain those rights or keep them. Our strength is our unity of purpose. To that high concept there can be no end save victory.”

We must swiftly bring to justice anyone who would desecrate humanity’s moral code, and we must have hope that through leadership, vigilance, and collaboration, the evil of terror will be eradicated.