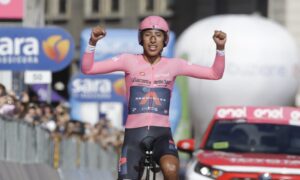 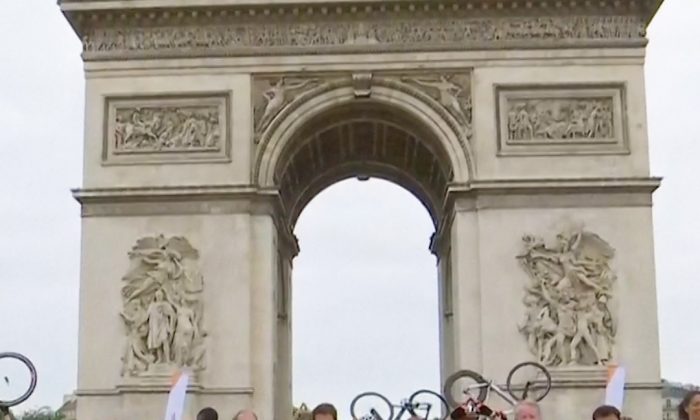 Parisians let athletes have the city on the second day of Olympic bid festivities. Cyclists had famous landmarks all to themselves, as cars were nowhere to be found.

Famous landmarks like the Place Charles de Gaulle and the Arc de Triomphe were blocked off for cyclists showing off the city’s capability as a sports center.

“Today we transformed the Place Charles de Gaulle and the Arc de Triomphe into a velodrome. There are races going on, the bicycles are here, and it’s quite a nice moment to be able to cycle on this roundabout where there are usually a lot of cars around this time, and it’s also a way to mark the Olympic day that has been going on this weekend. It’s also a way to say that sports are part of our lives, that sports is health, sports is sharing, sports is meeting others. Sports are also athletes who push us forward, help us go past our limits and represent our colors. Sports is something that will profoundly change this city if we have the honor of welcoming the Olympic and Paralympic Games in 2024.”

Paris is hopeful the Olympic committee will recognize the effort and avoid another snub. Paris has itched to hold the games for the past 12 years, but has always managed to come up short. The government and athletic commissions hope this weekend’s events will influence an upcoming vote to decide between Los Angeles and Paris as 2024 Olympic hosts.

Paris has not hosted the Olympic games since 1924.