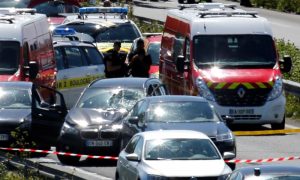 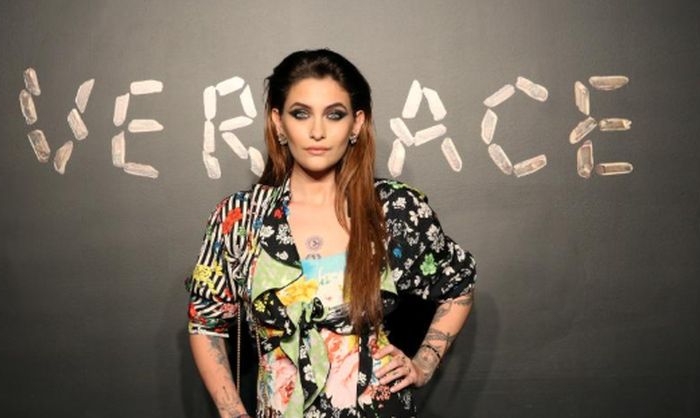 Paris Jackson Denies Reports She Tried to Kill Herself

Paris Jackson, the model who is the daughter of singer Michael Jackson, has denied reports she tried to commit suicide.

TMZ had reported that she was placed on a 5150 psychiatric hold, which is used by officials if someone is thought to be a danger to themselves.

“At about 7:28 a.m., officers responded to the 7200 block of Hillside for an ambulance attempt suicide. The victim was transported to a local hospital,” Tony Im, a public information officer at the Los Angeles Police Department, told People magazine. Im didn’t say whether it was Jackson.

And a source close to Jackson told the magazine that “Paris had an accident this morning that required medical treatment,” adding that “she is currently resting at home and doing fine.”

Before the incident, Jackson tweeted at celebrity news website Perez Hilton, which said she isn’t defending her father in the wake of sexual abuse allegations from the HBO documentary “Finding Neverland.”

“I am defending him, in my own way. you’re a really smart guyyyyyyyy,” she wrote.

i am defending him, in my own way. you’re a really smart guyyyyyyyy

“There’s nothing i can say that hasn’t already been said in regards to defense. taj is doing a perfect job on his own,” she also tweeted. “and i support him. but that’s not my role,” she added, referring to cousin Taj Jackson, 45, People magazine reported.

“I’m just tryna get everyone to chill out and go with the flow, be mellow and think about the bigger picture. that’s me,” she wrote, according to People.

TMZ updated its story, posting a photo of Jackson returning to her Los Angeles apartment.

She was wearing a jacket that read, “Puppies … and I’m fine.” A word underneath “puppies” was blocked out with what appears to be duct tape.

“I thought, ‘Oh here we go again,’” Jackson’s oldest brother, Jackie Jackson, said Tuesday of the moment he learned of “Leaving Neverland” while on tour in Australia. “That’s the first thing we said,” Jackie Jackson said during an interview with The Associated Press seated next to his brothers Tito, Marlon and his nephew, Taj.

The documentary, which premiered at the Sundance Film Festival to a standing ovation, aired abuse allegations by two men: Wade Robson and James Safechuck, who had previously denied to authorities that Jackson molested them and supported him—in Robson’s case, very publicly.

“It was going to be the 10-year anniversary,” Taj Jackson said, referring to his uncle’s June 2009 death. “I remember a year ago I was like, ’This is too appetizing for the media. They’re going to do something. This is the time when everyone comes out of the woodwork, the same cast, the same characters that have been discredited throughout the years. They have a platform now to talk about Michael Jackson.”

Their central criticism has been the film’s failure to talk to family members or other defenders of Jackson, whom they insist never molested a child.

“Oh, we definitely would have come and talked to them about the situation … to protect our brother,” Tito Jackson said. “He’s not here no more. He’s passed, and, we’re his brothers, we’re supposed to do this.”