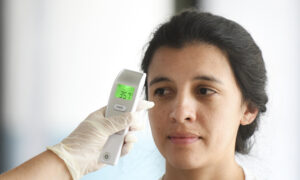 State of Emergency Declared in Maryland: Coronavirus Updates From March 5
0 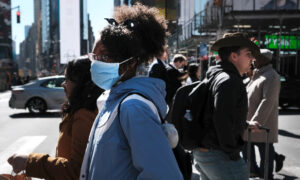 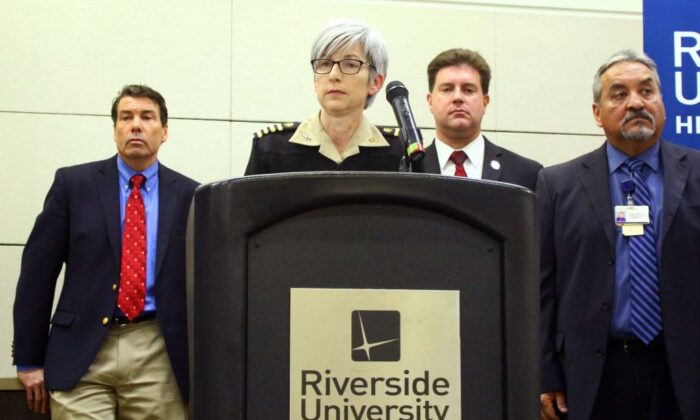 Director of the Division of Global Health Protection at the Centers for Disease Control, with Federal and Riverside County public health officials, provides an update on the flight that arrived at March Air Reserve Base from Wuhan, China, in Moreno Valley, Calif., on Jan. 29, 2020. (Matt Hartman/AFP via Getty Images)
Southern California

MURRIETA, Calif.—The first COVID-19-related school closure in Southern California has raised fears and created frustration in the community. A school employee fell ill after potentially having contact with the new coronavirus, and is currently being tested.

It’s the only school in Southern California to close due to COVID-19 concerns thus far. But several schools in Northern California have closed, and nationwide 581 schools have closed or are scheduled to close—affecting about 415,000 students—according to Education Week, which has been mapping closures.

The Murrieta Valley High School employee’s test results are expected to return sometime this week and the school will remain closed until the tests are complete. All extracurricular activities, including sports games, have been canceled. No other schools in the district have been closed at this time, though some parents have suggested they should be.

Parents expressed concern on the Murrieta Valley District’s Facebook page about possible exposure among students at the neighboring Thompson Middle School. Many Murrieta Valley High students pick up their younger siblings from the middle school, which shares the same plot of land as the high school.

Brittany Latimer wrote, “I’m confused on why all the Murrieta schools wouldn’t be closed as a precaution since a lot of students have siblings/cousins that go to the affected school.”

Many others echoed her concern, including Amanda White, who wrote, “If students that attend [Murrieta Valley High] have siblings that go to elementary or middle schools don’t those schools need to close also? Hope the kiddos who are being quarantined have quarantined siblings and parents as well.”

Some parents preferred to keep their children home to be safe, even if it meant missing class time.

Latrice Coleman wrote, “My children will not be at school on Monday, or until I as a parent feel the district is siding on the side of caution to protect all staff and children.”

Bahareh Bassirat wrote, “Like many other parents, I would really like to keep my middle schooler home till I know that the [Murrieta Valley High] staff’s test result is negative, but my child has two important tests coming and it is going to be hard to convince her to miss them. … Losing a few days of school won’t do anyone harm, but it might help keeping a lot of people safe.”

Jose Arballo of the Riverside University Health System told The Epoch Times that the employee’s new coronavirus tests were sent to Richmond, Virginia, which is why results won’t be available until March 1–12.

Officials haven’t said if the employee was a teacher, but they have already tracked 71 people with whom the employee came in contact. Those people have been instructed to self-quarantine at home.

Murrieta Valley Unified School District Superintendent, Patrick Kelley, said in a statement, “The health and safety of our students is our first concern.”

“While I want to reassure the students, families, and staff at MVHS that the risk of transmission is low, I support the school district’s decision to temporarily close the school until testing is complete,” Kaiser said during a news conference.

Kaiser announced a local public health emergency on March 8 after the second Riverside County case of COVID-19 was confirmed. It was the county’s first “locally acquired” case—a case not resulting from travel abroad.

That individual is being treated at Eisenhower Health in Rancho Mirage and health officials are trying to track down anyone with whom the patient may have come in contact.

The patient is not believed to have had any contact with Riverside schools.

The “community exposure is low,” Kaiser said March 8. She did not give information about specific locations the individual may have been.

“Long and short of it is, I don’t have any evidence that the exposure was wide ranging—so go about your business, do what you would normally do,” Kaiser said.

On March 9, three new cases of COVID-19 were announced in Riverside County, bringing the total to five.

Update: COVID-19 test results have come back negative for the Murrieta Valley High School employee and the school will reopen on Wednesday, according to a notification sent to parents by the school.