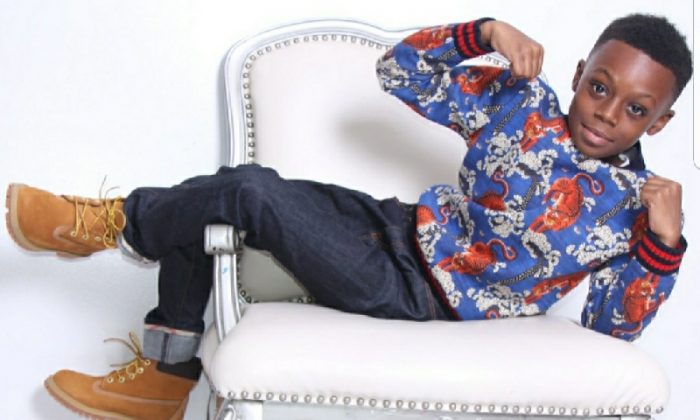 Cameron Jean-Pierre, 11, died after his fish allergy was triggered by the smell of fish cooking in New York City on Jan. 1, 2019. (Camron Jean-Pierre/GoFundMe)
US News

The parents of a New Jersey boy who died of an apparent allergic reaction after inhaling fumes from a cooking fish, have spoken out about the New Year’s Day tragedy.

“Terrible thing,” said the boy’s father, Steven Jean-Pierre, according to ABC7. “For me, my son was a leader, ambitious…My son was loved by everybody. Anytime somebody came across my son, they loved him.”

Police say 11-year-old Cameron Jean-Pierre had some form of toxic reaction to fumes coming from the seafood.

The boy’s mother, Jody Pottingr, said Cameron suffered from asthma and always had a nebulizer on hand in case of emergencies.

“We know that he’s allergic to fish,” Pottingr told ABC7. “When he was in kindergarten, they gave fish sticks at lunch one day and he threw up.”

The father said that, initially, nothing seemed out of the ordinary about the apparent asthma attack.

“I gave him the nebulizer, the machine, that he usually takes if something like this happens, so it was a normal situation. But for some reason, he said it wasn’t giving him enough air at the time.”

Jean-Pierre added that when the medicine “didn’t take,” he called an ambulance.

Officials at the Medical Examiner have yet to formally announce the child’s cause of death.

‘He Gave Me Two Kisses’

Medical staff responding to the emergency call in a Brooklyn neighborhood at around 7:30 p.m. on New Year’s Day found the boy unconscious and unresponsive.

The boy’s mother told ABC7 that he was visiting his grandparents “where his dad’s mom and the aunt were cooking what they call in the Caribbean household salt fish.”

She said the fumes of the cooking fish must have triggered her son’s asthma.

“When he inhaled the fish, I guess that triggered off an asthma attack, and he couldn’t breathe. His lungs tightened up, and his dad attempted to give him the nebulizer machine.”

The boy was taken to Brookdale Hospital, where he was later pronounced dead.

“My son was the best,” the father said. “He made everyone around him happy. He made his dad happy.”

“I’m mourning my son today, but I really want to celebrate him,” Cameron’s father told ABC7 news on Friday, as the community remembered the boy in a touching candlelight vigil.

“I just want to find out from this situation how we can help any other kid,” Jean-Pierre said. “I don’t know, maybe my son passing is a reason to do it.”

Candle light vigil for 11 y/o Cameron Jean-Pierre in #Brooklyn Family & friends paying respects and mourning a life cut short over what is thought to be an allergic reaction Latest EWN @ 11 & @ABC7NY pic.twitter.com/2sMr4GsT6w

Cameron celebrated his recent 11th birthday with a father-son video and by wearing a crown.

“That was the last picture I had of him. I would never have thought all this for him,” the boy’s father said. “This is not what I want. I would rather him be right here next to me.”

“That was my prince, man,” the father said, according to The New York Post. “He was my everything.”

He said his son loved playing sports and was a wide receiver for the Brooklyn Skyhawks and enjoyed playing basketball.

“He was a very good father,” Marlin Fraser, 47, a neighbor, told the Daily News about Jean-Pierre. “Anywhere you see him, you see the son.”

Cameron was a “very respectful child,” Fraser continued. “He was a very nice child,” she added. “It’s shocking for us.”

According to the American College of Allergy, Asthma & Immunology website, “While less common in the general population than other types of food allergies, an allergy to finned fish is a frequent cause of anaphylaxis, a potentially life-threatening allergic reaction that appears quickly, impairs breathing and can send the body into shock.”

“Having an allergy to a finned fish (such as tuna, halibut or salmon) does not mean that you are also allergic to shellfish (shrimp, crab and lobster),” it adds. “While some allergists recommend that individuals with a fish allergy avoid eating all fish, it may be possible for someone allergic to one type of fish to safely eat other kinds. If you are allergic to a specific type of fish, your allergist can help you determine whether other varieties may be safe to eat, so you can take control of your fish allergy and start enjoying life again.”