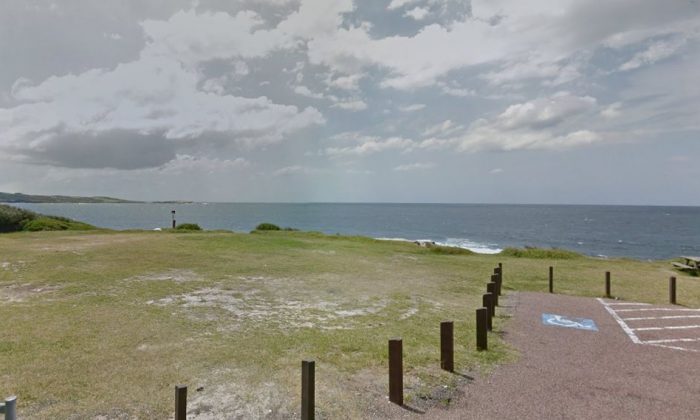 The parents of an American tourist to fell to his death in Australia have revealed the last photo he took. (Google Street View)
US News

The parents of an American tourist to fell to his death in Australia have revealed the last photo he took.

Gavin Paul Zimmerman, 19, fell off a cliff at Cape Solander, a popular tourist spot near Sydney, according to the Daily Mail.

Zimmerman was a missionary with the Church of Latter Day Saints, and he died about a year ago. His parents recently spoke out about the final photo he took.

“It’s a selfie, you can see all the people around. He looks so happy! He had a smile on his face, it looked like a beautiful day,” Ray Zimmerman, his father, was quoted as saying by the news outlet on May 5.

An LDS missionary from Utah fell and died Monday while sightseeing with other missionaries in Australia. Elder Gavin…

He added that it appeared as if there was “plenty of room between him and the edge, I mean I didn’t think, there was no alarm.” The photo, he said, “looked perfectly fine.”

When his son took the photo and uploaded it, Ray Zimmerman responded, but his son didn’t respond and so the father thought he was busy.

The 19-year-old had been taking selfies when the accident occurred.

Posted by The Sydney Morning Herald on Monday, July 23, 2018

“Then I said, ‘I’ll talk to you next week, bud. Love ya’ and then we get the knock on the door a few hours [later],” he told the Daily Mail.

At the time, a local Australian official said his fall appeared to be accidental.

“At this stage it appears to be a misadventure; he has slipped and fallen over the edge and unfortunately died,” New South Wales Police Chief Inspector Chris Hill was quoted by the Deseret News as saying. About a month before his death, another man fell and died at the same location.

A friend, Gio Grillo, told the ABC that the younger Zimmerman promised to take photos of the area.

The 19-year-old who died after falling from a cliff while whale-watching had been in Australia for almost a year.

“He emailed me right before he left with the other missionaries,” she told the news outlet.

“We talked about things we were going to do after he got home from his mission and how excited he was to reach his one-year mark [in Australia] in August,” Grillo added.

“Then he said he might lose signal because they were going to the cliffs and so he said he would take lots of pictures and email me next week to show me,” she continued.

After his death, his parents described Zimmerman as “a great example to us all” who “loved his mission very much,” the Sydney Morning Herald reported.

According to Yahoo News, police found Zimmerman floating in the water. Paramedics performed CPR, but they were unable to save his life.

Hill, who noted that people go to Cape Solander to watch whales, called on tourists visiting the area to be careful. Cape Solander is known as one of the best whale watching spots in Sydney.

“Those rocks are very slippery. For your safety, we recommend that you stay up on the whale-watching platform and please don’t go down on the rocks,” he said, according to the news outlet.

The Journal of Family Medicine and Primary Care said that about 259 people have died since 2011 while taking selfies.

Most of the victims are under the age of 30 and about 72 percent were male, the organization said.

It noted that men were more likely to take riskier photos.

“Selfie deaths have become an emerging problem and we performed this study to assess the epidemiology of selfie-related deaths across the globe,” said an abstract published by the U.S. National Library of Medicine.

Elaborating further, “The highest number of incidents and selfie-deaths has been reported in India followed by Russia, United States, and Pakistan,” according to the U.S. agency.